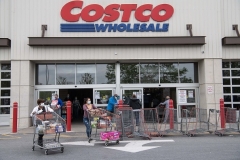 "It doesn't add any new money to the economy," he told CNN's "The Lead" with Jake Tapper.

Klain spoke on the same day the Labor Department announced that inflation rose 6.2 percent for the 12 months ending October, the largest 12-month increase since the period ending November 1990.

In response, Sen. Joe Manchin (D-W.Va.) tweeted that inflation "is not transitory and is instead getting worse," indicating that he is in no rush to pass the Build Back Better Act.

"Obviously you need his vote," CNN's Jake Tapper told Klain. "Do you think that Build Back Better in its current form is essentially dad because of inflation?"

"Quite the opposite, Jake. I think that Senator Manchin's concerns make the strongest possible case for Build Back Better," Klain responded:

One of the biggest expenses families face is childcare. Our bill will cut the cost of childcare for middle class families in half. Another thing that people are really feeling the pinch of is prescription drugs. Our Build Back Better bill lowers the cost of prescription drugs, puts a cap on what seniors pay for their drugs. People are pinched by eldercare costs, it brings that down; by health insurance premiums -- the bill brings that down.

And of course, for families with children, the bill provides a tax cut of $250 per child per month. So, I think if your concern is the cost of living, it's a concern we have here at the White House, it's a concern Senator Manchin shares. The Build Back Better bill is the best answer we have to bring those costs down.

By the way, it also does it without adding a penny to the federal debt. It's fully paid for. And without raising a penny of taxes on families making less than $400,000 a year.

Just as his boss frequently does, Klain pointed to "13 Nobel Prize winning economists" who say spending trillions on Build Back Better will ease inflation in the long term.

Klain said he "has no beef" with voters who say the Biden economy -- rising prices, supply chain logjam, and labor shortages -- isn't working for them:

"There was a second economic report out today, in addition to the inflation report, a report about jobs that show that unemployment is falling at the fastest rate since the 1950s,” Klain noted.

“We've made progress on the jobs recovery, we now need to tackle inflation, supply chains, making sure their workers available for the jobs that haven't yet been filled. We're making a lot of progress.

"The economy is much better than it was a year ago. But we have a lot of work left to do. And that's what we're working on."

Klain said the recently-passed bipartisan infrastructure bill "is a big step forward in terms of dealing with a lot of the long standing issues in this country.

“And I think the Build Back Better bill, which we hope the House will vote on, scheduled to vote on this coming week when they get back from Veterans Day recess, is another thing."