McCaul: Mayorkas ‘Derelict in His Responsibilities’; ‘You Need the Facts, Evidence Before You Indict’ 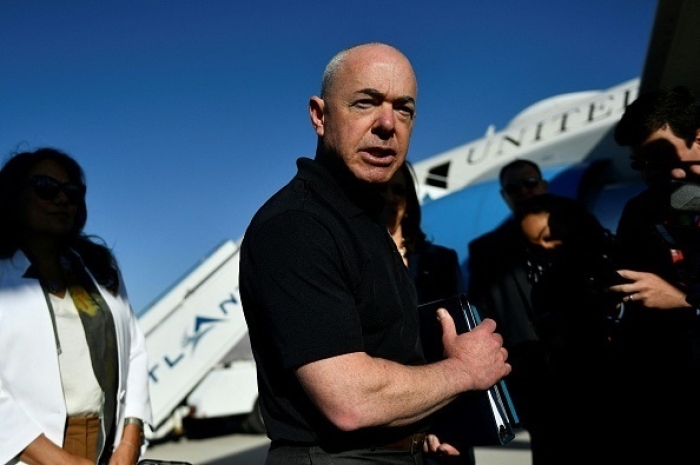 (CNSNews.com) – Homeland Security Secretary Alejandro Mayorkas has been “derelict in his responsibilities” concerning the U.S.-Mexico border, House Foreign Affairs Committee ranking Republican Rep. Michael McCaul (R-Texas) said on Sunday, but the GOP will need to “build a case” if it seeks to impeach him.

Last week, House Republican Leader Kevin McCarthy said while visiting the southwest border that Mayorkas should resign over his handling of the crisis, or face the possibility of an impeachment inquiry.

Asked on ABC’s “This Week” if he would support the effort, McCaul noted that he was a former federal prosecutor, and said, “You’ve got to build a case. You need the facts, evidence before you indict.”

For his part, McCaul said he believes Mayorkas has been “derelict in his responsibilities.”

“I have a wide-open border in my home state,” he said. “We have all these people coming in – we don’t know who they are. Terrorist watch list.”

“Fentanyl is coming in killing more young people than ever before,” McCaul  continued. “Really almost 100,000 now, which, if you look at the Vietnam War equals what we lost in Vietnam over 20 years.”

McCaul also said the administration was “complicit with the biggest human trafficking event of our lifetime. And I think the American people deserve some accountability.”

“It would be basically putting form over substance to go through a big performance on impeachment that’s never going anywhere, rather than actually working with the administration to solve the problem,” said Michael Chertoff, who served in the George W. Bush administration.

Chertoff called the threat to impeach Mayorkas “a political stunt,” and said other steps that Congress could have been taking included perhaps adjusting the standard for assessing asylum applications, creating more resources to adjudicate claims, and increasing funding for “the effort to undermine the cartels and the smugglers, which are a big part of this.”

Jeh Johnson, who served in the Obama administration, said a DHS Secretary “is focused on border security, maritime security, aviation security, cyber security, the Coast Guard, the Secret Service, and a host of other things.”

“We can’t have a secretary who’s distracted by – by a stunt in Congress, attempted impeachment,” he said.