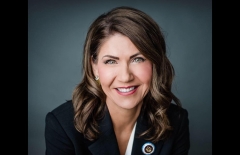 “This order is in response to the growing national security threat posed by TikTok due to its data gathering operations on behalf of the Chinese Communist Party (CCP),” reads a Nov. 29 press release. 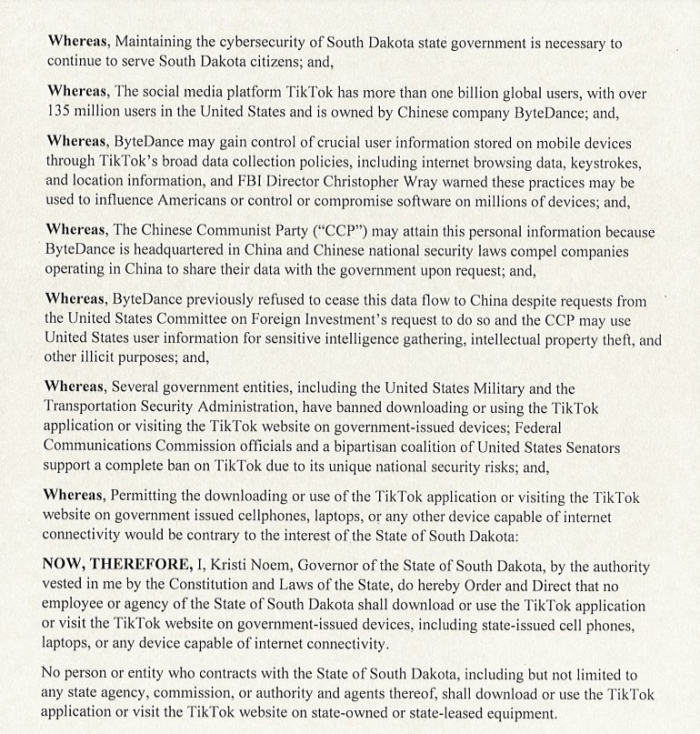 “South Dakota will have no part in the intelligence gathering operations of nations who hate us,” said Noem, who asserts that the CCP “uses information that it gathers on TikTok to manipulate the American people” by gathering data from devices used to access the social media platform.

As the executive order explains, TikTok is a social media platform with over one billion users and is owned by the Chinese company ByteDance. Since ByteDance is located and operates in China, it must comply with Communist China’s national security laws that require companies to share their data with the CCP if called upon to do so.

This reality has led FBI director Christopher Wray to warn that TikTok could be used by the CCP to influence Americans and compromise their devices.

Noem encourages other states to follow her lead and believes that “Congress should take broader action as well.” 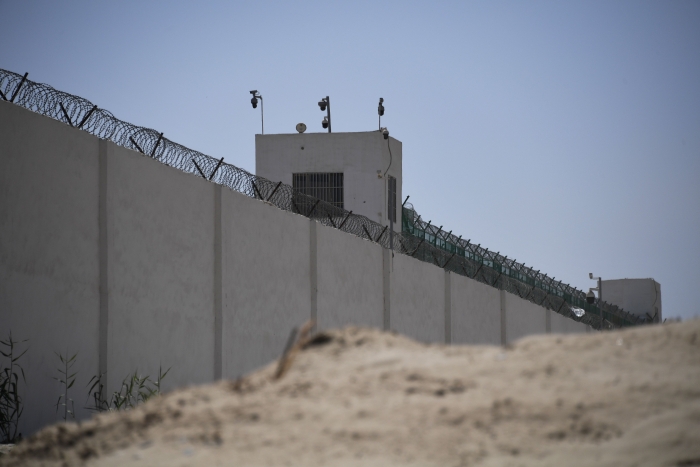 Noem’s executive order drew the praise of the Commissioner of the Federal Communications Commission (FCC), Brendan Carr, who said on Twitter that Noem’s move is a “smart and strong step [...] to protect the safety and private data of South Dakota citizens.”

CNS News reached out to the governor to ask if there is anything else she can do to combat TikTok’s potential national privacy security threat. The governor did not respond for comment.

The People’s Republic of China is a communist, totalitarian regime, headed by President Xi Jinping. Since communists took over the country in 1949-50, more than 65 million Chinese people have been killed by the state for political reasons.

China operates concentration camps, which imprison an estimated two million Uyghurs and other people. In these camps, people are tortured, raped, executed, and their body organs are harvested and sold.