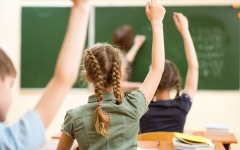 (CNS News) -- After the conservative group Judicial Watch filed a lawsuit challenging a race-based scholarship program established in the City of Ashville, N.C., the city decided to settle the case by removing the race-restrictive language in the program, and asserting that the scholarship "will give preference to applicants" whose parents have a high school education or less and who represent “first generation” college students.

"Thankfully, the City of Asheville did the right thing in quickly ending these indefensible race-based scholarship programs," he said.

"This federal lawsuit and the resulting remarkable settlement should serve as a wakeup call to those activists and allied politicians pushing the extremist leftist agenda to segregate and discriminate based on race.”

In October 2020 and in April 2021, the City of Asheville approved two donation agreements to fund two scholarships through the Asheville City Schools Foundation (ACSF).

"According to the agreement, the City of Asheville Scholarship was 'awarded in perpetuity to Black high school students within Asheville City Schools, with special consideration given for Black students pursuing a career in education,'" reported Judicial Watch.

In addition, back in July 2020, Ashville’s City Council had approved what it called a 'reparations initiative,' that provided, 'funding to programs geared toward increasing homeownership and business and career opportunities for Black residents,'" reported the watchdog group.

In October 2021, Judicial Watch filed a lawsuit in the U.S. District Court for the Western District of North Carolina on behalf of a North Carolina citizens group, WNC Citizens for Equality, Inc., "whose members include high school students who were ineligible for a  scholarship program only because they are not Black."

On January 11, 2021, the Asheville City Council agreed to settle. It changed the language for the first scholarship to read, "[T]he scholarship will give preference to applicants whose household members, including parents and/or guardians have a high school education or less, these applicants representing 'first generation' college students."

In addition, the council removed racially restrictive language for the second scholarship. It now states that the fund is for "educators and staff of Asheville City Schools who are pursuing their next level of education and/or certification, with a preference for applicants who are or were 'first generation' college students.”

Further, paragraph 10 in each scholarship says the Asheville City Schools Foundation "shall be prohibited from discriminating based on any of the following characteristics of any applicant for award of the scholarships that are the subject of this Donation Agreement, whether the scholarship be for students of Asheville High School or employees of Asheville City Schools: race, natural hair or hairstyles, ethnicity, creed, color, sex, sexual orientation, gender identity or expression, national origin or ancestry, marital or familiar status, pregnancy, veteran status, religious belief or non-belief, age or disability.”

“It is illegal to discriminate on the basis of race and setting up a ‘blacks only’ scholarship is wildly unconstitutional,” said Fitton. The settlement affirms that "no student in Asheville is denied educational scholarship opportunities on account of race.”