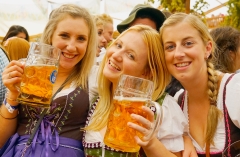 (CNS News.com) -- In its latest survey on drinking, Gallup discovered that 63% of American adults "use alcoholic beverages" and that 36% are "total abstainers." The poll also found that the more money you make and the more education you have, the more you drink.

In the survey, Gallup asked, "Do you have occasion to use alcoholic beverages such as liquor, wine or beer, or are you a total abstainer?" In response, 63% said they drink alcohol (adults aged 18 and older). 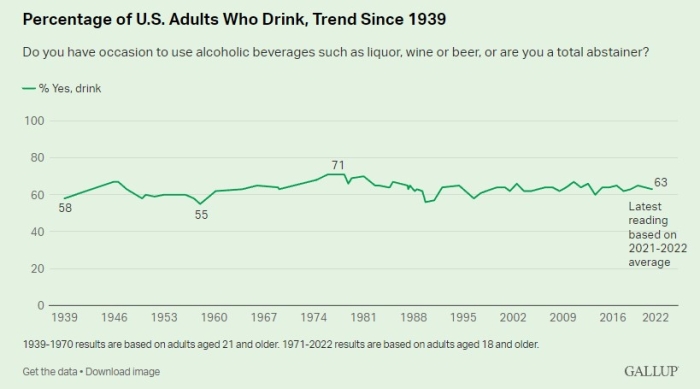 Gallup has run this survey since 1939, when 58% said they drank alcohol.

"Across the trend, the percentage saying they drink has dipped as low as 55% (in 1958) and risen as high as 71% (in the 1970s)," reported Gallup. "However, in recent decades, the U.S. drinking rate has consistently registered near the long-term average of 63%."

Drinking also varies among people of different incomes. For instance, Gallup found that 80% of adults living in households earning $100,000 or more said they consume alcohol. However, among adults making $40,000 to $99,999 a year, only 63% said they drink alcohol. 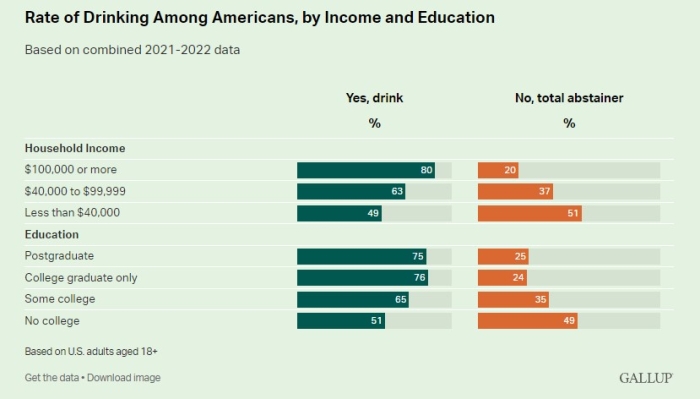 Apparently, the more degrees you have, the more you are likely to drink regularly. On a related note, 24% of adults with a college degree described themselves as "total abstainers," no drinking. 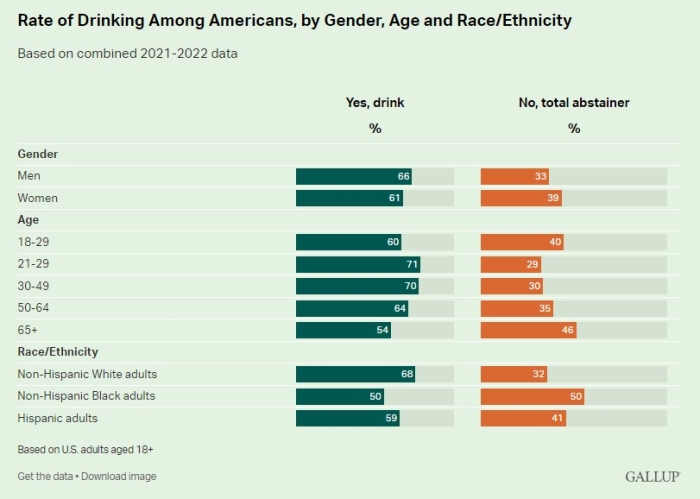 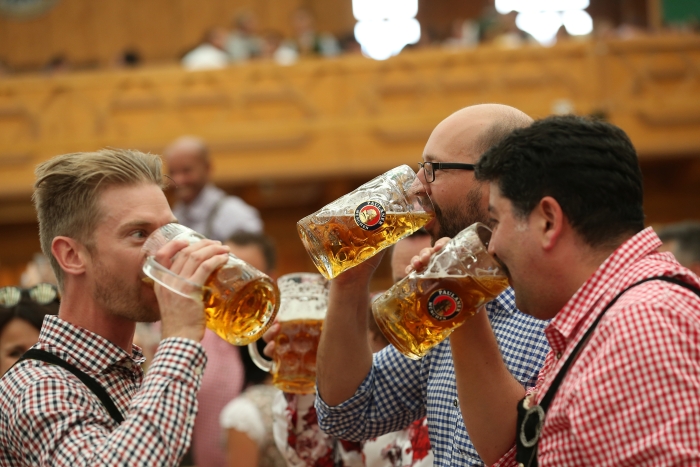