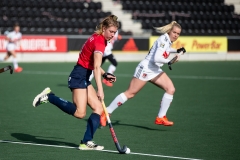 (CNS News) -- The Florida House of Representatives voted overwhelmingly (70-40) on Apr. 14 for a bill that would prohibit transgender "females" (biological males) from participating in real girls' sports in the state. A similar bill is under review in the Florida Senate.

The Florida Legislature is following the path already set by Idaho, Arkansas, and Mississippi, which have pro-female, same-sex sports laws on the books. Reportedly, another 30 states are looking into similar legislation.

Florida's "Fairness in Women's Sports Act," HB 1475, says its intent is "to maintain opportunities for female athletes to demonstrate their skill, strength, and athletic abilities while also providing them with opportunities to obtain recognition and accolades, college scholarships, and the numerous other long-term benefits that result from success in athletic endeavors and to promote sex equality by requiring the designation of separate sex-specific athletic teams or sports."

Under the bill, applicable to the public schools and any school or club that competes athletically against public schools, must designate their sports teams "based on biological sex," male, female, or coed.

"Athletic teams or sports designated for females, women, or girls may not be open to students of the male sex," reads the bill. That means no transgender "females," who are biological males that "identify" as females.

If there is any question about an athlete's real sex, the school may request that the athlete provide a health examination and consent form, or similar document from a health care provider that verifies the athlete's "biological sex."

If any student/athlete is "deprived of an athletic opportunity or suffers any direct or indirect harm as a result of a violation of this section shall have a private cause of action for injunctive relief, damages, and any other relief available under law against the school or public postsecondary institution."

In other words, if biological women are forced to compete against transgender "females," i.e., biological males, or face discrimination because of the issue, they may take legal action against the entities involved.

In addition, "Any school or public postsecondary institution that suffers any direct or indirect harm as a result of a violation of this section shall have a private cause of action for injunctive relief, damages, and any other relief available," reads the bill.

“This particular bill is not about exclusion, and it is not about discrimination. This bill is about a biological and scientific difference between men and women,” said Dana Trabulsy (R-Fort Pierce), who voted for the bill, as reported the Tampa Bay Times.

In similar legislation in Arkansas, now the law there, it states, "Duke University School of Law professor and All-American track athlete Doriane Coleman, tennis champion Martina Navratilova, and Olympic track gold medalist Sanya Richards-Ross recently wrote, '[T]he evidence is unequivocal that starting in puberty, in every sport except sailing, shooting, and riding, there will always be significant numbers of boys and men who would beat the best girls and women in head-to-head competition. Claims to the contrary are simply a denial of science."

In addition, "A recent study of female and male Olympic performances since 1983 by Valerie Thibault, et al., 'Women and Men in Sport Performance: The Gender Gap Has Not Evolved Since 1983,' Journal of Sports Science & Medicine, Vol. 9, No.2 (2010), found that although athletes from both sexes improved over the time span, the 'gender gap' between female and male performances remained stable, which suggests that 'women's performances at the high level will never match those of men." 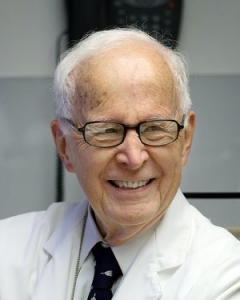 As CNS News has previously reported, Dr. Paul R. McHugh, the former psychiatrist-in-chief for Johns Hopkins Hospital and its current Distinguished Service Professor of Psychiatry, said that transgenderism is a “mental disorder” that merits treatment, that sex change is “biologically impossible,” and that people who promote sexual reassignment surgery are collaborating with and promoting a mental disorder.

“People who undergo sex-reassignment surgery do not change from men to women or vice versa," said Dr. McHugh. "Rather, they become feminized men or masculinized women. Claiming that this is civil-rights matter and encouraging surgical intervention is in reality to collaborate with and promote a mental disorder.”

If the Florida Senate passes its version of the "Fairness in Women's Sports Act," the legislation will undergo reconciliation with the House bill and then go to the desk of Gov. Ron DeSantis (R).