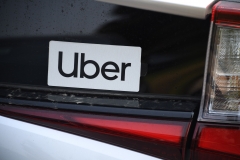 (CNS News) -- Recent studies of gender pay gaps in the gig economy show that the discrepancy in pay between men and women can be attributed to personal choices by the worker, rather than sexist discrimination.

Researchers believe these results could help explain the overall gender wage gap, which currently sits at women making eighty-two cents per dollar made by a man.

Marginal Revolution is a blog run by two economics professors at George Mason University, who also run the Mercatus Center at the university.

They examined two studies -- one by Stanford University researchers and one by researchers at Columbia University and Lander College -- that looked at how the gender wage gap is affected when the worker’s gender is not a factor for selection.

Many jobs in the gig economy pick their workers through an algorithm that does not consider gender, thus researchers looked at Uber, which uses a gender-blind algorithm, and Mechanical Turk, a site for businesses to crowdsource computer tasks.

The Stanford University researchers claim that about half of the national gender pay gap exists because of different rates of “job flexibility.” Female workers are significantly less likely to have high rates of flexibility, whereas men are more likely.

For example, taxi drivers are more likely to be men partly due to the consistent hourly demand of the job. Drivers need to be on the clock for most of the day to make the expensive taxi medallion profitable, making it a “flexible” job.

“Gigs” such as those on Uber and Mechanical Turk, however, eliminate this disadvantage because they can be completed at any time and there is no pay difference based on how many hours worked consecutively. But a gender pay gap still exists.

The study on Uber drivers, conducted by Stanford researchers and published in May, found three reasons why the gap exists, and they all boil down to personal choice.

“We find that male drivers earn roughly 7% more per hour than female drivers on average. We can explain the entire gap with three factors,” the study explains.

First, “hourly earnings on Uber vary predictably by location and time of week, and men tend to drive in more lucrative locations.”

Second, experience of the driver: “the typical male driver on Uber has more experience than the typical female—putting them higher on the learning curve—men earn more money per hour.”

Lastly, “The residual gender earnings gap that persists after controlling for experience and where and when drivers work can be explained by a single variable: average driving speed. Increasing speed increases expected driver earnings in almost all Uber settings.” And male Uber drivers drive faster than their female counterparts.

In the Mechanical Turk study, similar results were found. “Due to factors that are unique to the Mechanical Turk online marketplace–such as anonymity, self-selection into tasks, relative homogeneity of the tasks performed, and flexible work scheduling–we did not expect earnings to differ by gender on this platform,” reported the Marginal Revolution. “However, contrary to our expectations, a robust and persistent gender pay gap was observed.”

This gap is, again, explained by the personal choices taken by the worker, according to the data.

“Several factors contributed to the gender pay gap, including the tendency for women to select tasks that have a lower advertised hourly pay,” reported the study.

“This study provides evidence that gender pay gaps can arise despite the absence of overt discrimination, labor segregation, and inflexible work arrangements, even after experience, education, and other human capital factors are controlled for,” said the Columbia University and Lander College researchers.

Indicators that personal choice is the culprit for a gender wage gap are largely ignored by groups fighting against it. LeanIn.org says women are simply “undervalued” by employers and believes solutions need to be found on the company’s end or by governmental action.