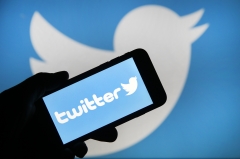 On Oct. 30, Twitter CEO Jack Dorsey announced that Twitter will no longer allow political advertisements on its global platform.

“A political message earns reach when people decide to follow an account or retweet,” Dorsey tweeted. “Paying for reach removes that decision, forcing highly optimized and targeted political messages on people. We believe this decision should not be compromised by money.”

That same day, Facebook CEO Mark Zuckerberg posted a statement addressing the subject, saying that advertisements can be an important part of free speech.

Zuckerberg said he believes in the progress that free expression brings, so he wants Facebook to focus on transparency, adding that “ads on Facebook are already more transparent than anywhere else.”

“Ads can be an important part of voice -- especially for candidates and advocacy groups the media might not otherwise cover so they can get their message into debates,” Zuckerberg said. “[W]e believe deeply that political speech is important and should be able to be heard, and that's what’s driving us.”

However, Dorsey also referenced free speech in his thread, saying that “this isn’t about free expression” but rather about paying for reach, which has “ramifications that today’s democratic infrastructure may not be prepared to handle.”

Many conservatives have criticized Dorsey’s decision. Brad Parscale, campaign manager for President Donald Trump, tweeted in response to the new policy, saying it was “yet another attempt by the left to silence Trump and conservatives.”

“Will Twitter also be stopping ads from biased liberal media outlets who will now run unchecked as they buy obvious political content meant to attack Republicans?” Parscale said. “This is yet another attempt to silence conservatives, since Twitter knows President Trump has the most sophisticated online program ever known.”

Conservative leader Brent Bozell, founder and president of the Media Research Center, tweeted that the measure would limit conservatives from getting their message across, and that “to pretend Twitter is taking the moral high ground in banning political ads is laughable.”

“A key reason organizations and individuals buy ads is to promote an issue that they cannot get covered by conventional means,” Bozell said. “We have seen how the social media giants have used their content policies to suppress conservative speech. Because of this, liberal messaging dominates Twitter and by restricting ads Twitter can further limit the ability of conservatives to get their message heard.”

According to Dorsey there will be some exceptions, such as ads in support of voter registration. He said Twitter will announce its final policy by Nov. 15, and the policy would be active on Nov. 22.