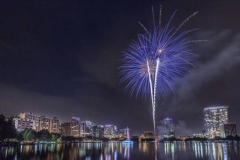 (CNS News) – On July 1, the City of Orlando sent out a not-so-patriotic fireworks promotion, stating many people "probably don't want to celebrate our nation" because there is “so much division, hate” in America. Twenty-four hours later the City issued an apology for offending “some [people] in our community.”

On July 1, the City of Orlando emailed a statement about July 4 fireworks. It said, “A lot of people probably don’t want to celebrate our nation right now, and we can’t blame them. When there is so much division, hate and unrest, why on earth would you want to have a party celebrating any of it? 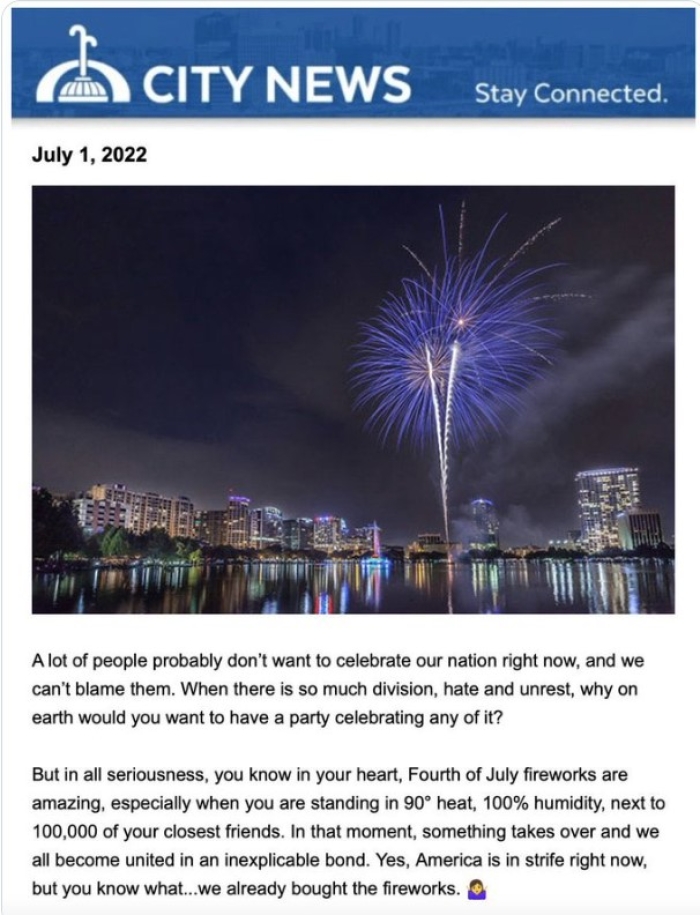 “But in all seriousness, you know in your heart, Fourth of July fireworks are amazing, especially when you are standing in 90-degree heat, 100 percent humidity, next to 100,000 of your closest friends. In that moment, something takes over and we all become united in an inexplicable bond. Yes, America is in strife right now, but you know what ... we already bought the fireworks.”

Members of an Orlando police union addressed the email, stating on Facebook, “We do not share the same views as the City of Orlando and find their comments inflammatory and in poor taste.”

“Yikes. City of Orlando, is this your official position on our country and on 4th of July?” 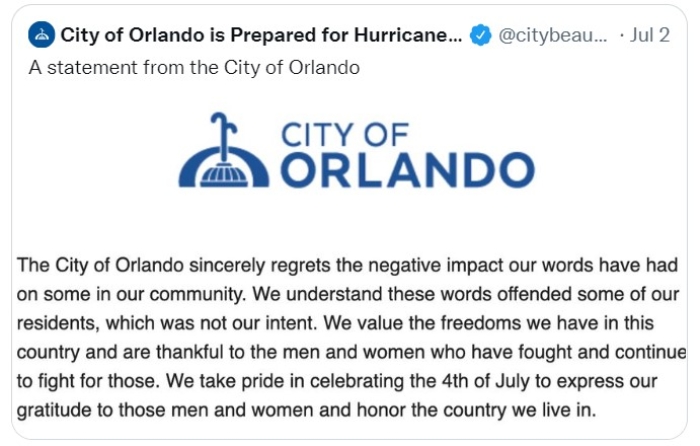 On July 2, the City of Orlando delated its statement and sent out an email of apology.

“The City of Orlando sincerely regrets the negative impact our words have had on some in our community,” reads the apology. “We understand that these words offended some of our residents, which was not our intent. We value the freedoms we have in this country and are thankful to the men and women who have fought and continue to fight for those. We take pride in celebrating the 4th of July to express our gratitude to those men and women and honor the country we live in.”