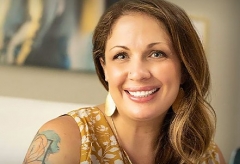 (CNSNews.com) – The U.S. Supreme Court has agreed to hear the case of Lorie Smith, a Christian, who runs a graphic design business and refuses to make websites for gay weddings because it violates her religious beliefs and “contradicts God’s true story of marriage,” she said.

Smith owns 303 Creative LLC, based in Colorado. Smith wants to post a message on her business website stating she will not make a website that celebrates gay marriage. Colorado, however, has a law against discrimination of LGBT customers patronizing public businesses.

When Smith took her request to federal court, the 10th Circuit U.S. Court of Appeals ruled that the message she wanted to post was “pure speech” and that she had to abide by Colorado’s Anti-Discrimination Act (CADA). So, she appealed to the Supreme Court, and on Feb. 22 they agreed to hear the case this fall.

The Supreme Court will be ruling on “whether applying a public-accommodation law to compel an artist to speak or stay silent violates the Free Speech Clause of the First Amendment.”The case will be argued by Alliance Defending Freedom’s (ADF) General Counsel and Constitutional Lawyer Kristen K. Waggoner, representing petitioner Lorie Smith.

“[N]o one should be banished from the marketplace simply for living and speaking consistently with their religious beliefs,” said the ADF on its website. “This could be a landmark case for the freedom of speech, religious liberty, and artistic freedom. We look forward to representing Lorie before the high court.”  https://adflegal.org/case/303-creative-v-elenis

The nation’s highest court has heard arguments similar to 303 Creative vs. Elenis,  such as the Masterpiece Cakeshop, Ltd. V. Colorado Civil Rights Comm’n, 138 S. Ct. 1719 (2018). Jack Phillips, a Christian, and the owner of a Colorado bakery was found to have violated the CADA because he denied service to a same-sex couple to create a cake for their wedding because of his religious beliefs. This case dealt with the challenge of his First Amendment Right to Free Exercise of Religion.

In a press call on Tuesday, The Epoch Times asked Waggoner, “How is this case different from the Jack Phillips case? Why wasn’t that decision sufficient to guarantee Lorie her freedom of speech?”

“This case focuses on free speech, on the right of free speech and it involves the printed word as well. Lorie is creating custom websites,” Waggoner continued. “The 10th Circuit agreed and the facts in this case have been stipulated to, that every website Lorie creates is original, custom, expression that is celebratory of the ideas that she’s presenting.”

Lorie Smith, a graphic and website designer, started 303 Creative 10 years ago. She is a Christian who uses her artistic skills and to glorify God through her work in her business. She creates website designs for her customers regardless of their race, gender, religious beliefs, and sexual orientation as long as the message does not conflict with her religious beliefs.

CNSNews.com asked Smith, “What was your initial response to all of this and when you realized that your case was going to court and especially will be going to the United States Supreme Court in the fall?”

“This has been a five-and-a-half-year journey,” said Smith. “This did not start overnight, so this has been an incredibly long process, and certainly was waking up to wonderful news this morning.”

“I am so excited and thankful that the Supreme Court is willing to hear this case because free speech is worthy of protecting and I just look forward to them hearing the points of this case and ultimately ruling in favor of free speech for myself, but for all Americans,” Smith stated.

Back in 2016, a same-sex couple asked Smith to design a website for their wedding. However, she declined due to her religious beliefs. The CADA prohibits Smith from informing her customers that she does not create web content endorsing or celebrating same-sex marriage.

According to the 303 Creative Motion Brief, under CADA, if Lorie spoke up about her beliefs and her view on marriage, she would be charged around $500 per violation of the law.

The ADF filed a lawsuit representing Lorie   against Colorado to argue that the state’s law violated her First Amendment Right to Freedom of Speech and Free Exercise Clause as well as violated the Due Process Clause under the Fourteenth Amendment. The case was presented and argued in front of the judges on the U.S. Court of Appeals for the 10th Circuit who ruled in favor of a 2-1 decision that Colorado can compel her to design websites per customers' requests even if the requests go against her beliefs.