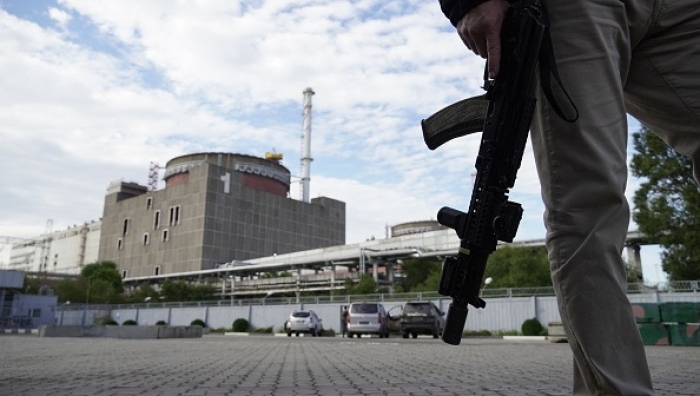 (CNSNews.com) – The head of the U.N. nuclear watchdog on Sunday decried renewed shelling at a major nuclear power plant in Ukraine, saying it had come “dangerously close” to key safety and security systems at Europe’s largest nuclear facility.

“We are talking meters, not kilometers,” International Atomic Energy Agency (IAEA) director-general Rafael Mariano Grossi said of the proximity of explosions to crucial sections of the Zaporizhzhia nuclear power plant.

“Whoever is behind this, it must stop immediately,” he said. “As I have said many times before, you’re playing with fire!”

The shelling on Saturday night and Sunday morning was the heaviest yet reported in the vicinity of the plant, which has been occupied by Russian forces since one week into the invasion of Ukraine. Ukrainian technicians continue to operate the six-reactor facility, which lies about 280 miles south-east of Kyiv.

The IAEA said it had received reports of damage to a building for radioactive waste and storage, to cooling pond sprinkler systems, to an electrical cable to one of the reactors, to condensate storage tanks, and to a bridge between a reactor and its auxiliary buildings.

Although another “close call,” it said none of the damage to buildings, systems, and equipment had been assessed as “critical for nuclear safety and security.”

No casualties were reported.

As has happened in less serious past such incidents, Russia and Ukraine blamed each other for the shelling.

Energoatom, Ukraine’s national nuclear energy agency, said at least 12 hits had been recorded at the power plant “as a result of numerous Russian shelling” on Sunday morning, adding that Russia’s actions “are endangering the whole world.”

Energoatom also claimed that the nature and location of damaged equipment showed that the attackers had been intentionally trying to the prevent the start-up of two power units to produce electricity to help meet the needs of Ukraine.

(In recent weeks Russia has carried out massive missile and drone attacks targeting Ukraine’s power grid, in what Kyiv says is a deliberate strategy designed to deprive millions of its citizens of power and heating, as temperatures drop and winter approaches.)

But Russia’s defense ministry accused Ukrainian forces of firing 25 shells towards the plant on Saturday and Sunday, “provocations aiming at creating the threat of a man-made catastrophe.”

It said that despite the shelling, radiation levels remained “normal.”

“Once again, we were fortunate that a potentially serious nuclear incident did not happen,” Grossi said. “Next time, we may not be so lucky. We must do everything in our power to make sure there is no next time.”

He reiterated earlier appeals for Russia and Ukraine to agree to establish a safety and security zone around the plant as soon as possible. Grossi has been in consultations with the two sides for months about the need to establish such a zone, without success.

“I’m not giving up until this zone has become a reality,” he said. “As the ongoing apparent shelling demonstrates, it is needed more than ever.”

Months after Russian forces seized the Zaporizhzhia plant, an IAEA mission led by Grossi was eventually able to visit in September, and left several representatives at the site. Grossi said the IAEA staffers had witnessed some of the weekend explosions from their windows.

The team of experts would examine the site on Monday to assess damage.

Renat Karchaa, an advisor to the Russian nuclear agency Rosatom, told the TASS state news agency on Sunday that the IAEA representatives will be given access, “but strictly within their mandate.”

“Not because we want to conceal anything, but because they should work within their mandate,” Karchaa added.

When Russia over the summer accused Ukraine of risking a nuclear catastrophe at Zaporizhzhia, Ukraine’s ambassador to the U.N. pointed out that his country was still dealing with the aftermath of the worst disaster in the history of nuclear power, at Chernobyl in 1986, and would never risk a recurrence.

In that Soviet-era disaster, which was attributed to human error, explosions and a reactor core fire sent radioactive particles across a huge area, affecting the lives and health of hundreds of thousands of people.

An exclusion zone remains in place encompassing more more than 1,000 square miles of territory around the damaged plant, which is undergoing a decades-long decommissioning process.

Ukraine’s UN Ambassador Scorns Notion That Kyiv Would Risk ‘Nuclear Catastrophe’ on its Own Soil (Aug. 24, 2022)