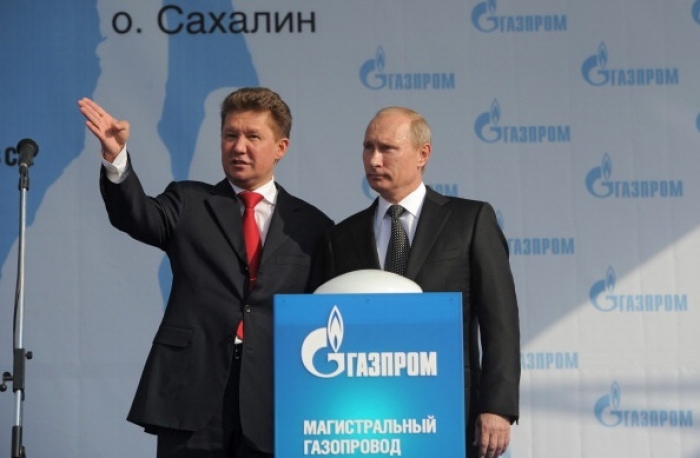 “European countries have rejected Putin's demand to pay for gas in rubles,” a reporter asked at a daily press briefing. “Does the U.S. stand with them in rejecting that as well?”

“We do,” replied White House director of Communications Kate Bedingfield. “And the German chancellor, I think, has been very clear that the contracts exist as they exist, and there’s going to be no change there.”

Putin on Thursday signed a decree on ruble payments for gas, after first signaling the move last week. On Monday, G7 energy ministers dismissed the demand, saying it would violate existing contracts, which typically provide for payment in euros and U.S. dollars.

In a televised statement, Putin said the new requirements would apply from Friday.

In a tweak from the original proposal, the Kremlin wants gas customers to set up two special accounts in Gazprombank, one for foreign currency and one for rubles. After they transfer payment for gas in the currency stipulated in the contract into the first account, the bank will convert the funds to rubles on Moscow’s currency exchange and credit it to the associated ruble account, from which payment will then be made to the state gas provider, Gazprom.

(Gazprombank, Russia’s third-largest financial institution, is sanctioned by the United States, Britain, and Australia, but not by the European Union.)

Speaking through an interpreter during a virtual meeting with aviation sector officials, Putin said that if gas customers did not follow the new requirements, Russia would consider that as a breach of contract by the buyer, “with all the consequences” that follow.

“No-one is selling anything for free, so we are not going to be involved in charity as well,” he said. “So the contracts will be stopped.”

Putin is targeting “unfriendly” countries that have imposed sanctions against Russian banks and other entities in response to the invasion of Ukraine.

Europe relies on Russia for 40 percent of its natural gas needs, and although accelerated by the current crisis, its efforts to move entirely to other suppliers are likely to take several years.

The E.U.’s largest economy, Germany, purchased between 50 and 75 percent of its natural gas supplies from Russia in the first half of 2021.

German Economy Minister Robert Habeck said Thursday that it was crucial the gas contracts be respected, and added too that “it is important for us not to give a signal that we will be blackmailed by Putin.”

Germany and Austria (which gets about 80 percent of its gas from Russia) have begun to take emergency steps to deal with the possibility of a total shutdown of Russian gas supplies, triggering the first “early warning” phase of a three-stage plan that could ultimately usher in gas rationing.

Russian gas supplies to Europe flow via pipelines crossing Ukraine; the Nord Stream 1 pipeline under the Baltic Sea; and the Yamal–Europe pipeline that crosses Belarus to Poland and markets further west.

Flows through the Yamal–Europe pipeline dropped to zero this week, while others flows remained steady, Reuters reported.

The Kommersant daily noted that Russian gas deliveries to Europe have never before been stopped entirely, not even at the height of the Cold War.

State Department spokesman Ned Price on Thursday characterized Putin’s gas payment demand as “a sign of desperation” and a reflection that punitive steps taken against Russia “have had a significant, substantial, profound effect on the Russian economy.”