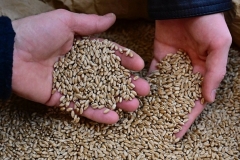 (CNSNews.com) – Americans who receive unsolicited packages containing seeds, apparently sent from China, should not plant them but immediately notify regulatory officials in their state and await instructions for their collection, the U.S. Department of Agriculture said on Tuesday.

The department said it would be testing seeds collected from recipients, to “determine if they contain anything that could be of concern to U.S. agriculture or the environment.”

Coming at a time of significant tensions in U.S.-China relations the incident has raised biosecurity concerns, although the USDA suggested the motivation behind whoever is responsible appears to be a commercial one.

“At this time, we don’t have any evidence indicating this is something other than a ‘brushing scam’ where people receive unsolicited items from a seller who then posts false customer reviews to boost sales,” it said.

Authorities in a number of states have issued warnings, in some cases after receiving hundreds of reports of people having received packages. Florida’s Department of Agriculture and Consumer Services said it had received 631 such reports as of Tuesday.

The USDA said its Animal and Plant Health Inspection Service (APHIS) was working with Customs and Border Protection and other federal agencies to get to the bottom of the matter.

It asked those who report having received packages to hold onto the seeds and packaging, including mailing labels, until contacted by their state’s agriculture department or the APHIS.

“Do not plant seeds from unknown origins,” it stressed.

In Kentucky, Agriculture Commissioner Ryan Quarles urged recipients of the seeds not to plant them.

“We don’t know what they are, and we cannot risk any harm whatsoever to agricultural production in the United States,” he said. “We have the safest, most abundant food supply in the world and we need to keep it that way.”

Quarles said it was not known at this point whether “this is a hoax, a prank, an Internet scam, or an act of agricultural bio-terrorism.”

“But what we do know is this: Unsolicited seeds could be invasive and introduce unknown diseases to local plants, harm livestock or threaten our environment.”

Chinese foreign ministry spokesman Wang Wenbin said Tuesday that, according to China Post, the mailing labels on the suspect packages carry “erroneous layouts and entries,” indicating that they are fake.

He said China Post has asked the U.S. Postal Service to send the “fake packages” to China for further investigation.

On some of the unsolicited packages received by residents of Washington state, labels erroneously stated the contents to be jewelry.

Mislabeling of that nature is itself illegal, the Washington State Department of Agriculture pointed out.

“Avoiding plant import regulations and bypassing customs (for example, by mislabeling a package and identifying its contents as something else) to get plant material into the United States is known as agricultural smuggling and is not only illegal, but poses a serious threat to our farms, gardens, animals, and environment,” it said.

The WSDA warned that seeds coming into the country could be invasive, could harbor pests and diseases, and could harm livestock.

A photo posted by the Alabama Department of Agriculture, of a package received in that state, also showed jewelry stated under description of contents. The label suggested the package originated in Suzhou in Jiangsu province, a city bordering Shanghai.

A similar package, also marked jewelry, appeared to have been sent from Shenzhen, near Hong Kong, according to a photo released by the Florida department.

The Better Business Bureau said Tuesday that while it is not yet known whether the seed packages are a “brushing” scam, it has warned recently on an increase in such activity.

In addition to the advice given by the USDA, the Better Business Bureau advised recipients to check their personal information.

“The package may be a sign that your personal information has been compromised. Keep a close eye on your credit report, bank accounts and credit card bills,” it said. “Looking up your own name and address using a search engine can, in some cases, reveal how public your information has become.”