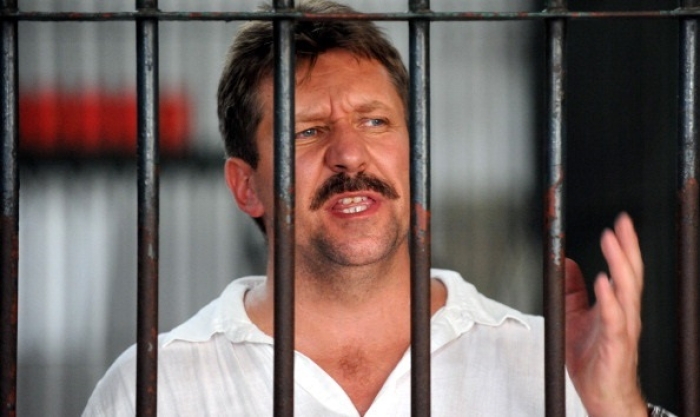 Tatyana Moskalkova, who was appointed to her post by the State Duma after nomination by President Vladimir Putin, was quoted by RIA Novosti as saying that the negotiated exchange between Bout and WNBA star Brittney Griner had been an ever greater “success” because they had been “pardoned” by the U.S. and Russian presidents, respectively.

“This gives them the opportunity for freedom of movement, not to mention the moral factor when a person feels that criminal prosecution in relation to him was finally terminated,” she told reporters.

A senior U.S. administration official disputed the implication coming from Moscow, however.

“What has to happen in an instance like this is a act of clemency from the president, which ended Bout’s time in U.S. custody after the over 12 years he had spent in it, and it yielded his release sooner than his otherwise scheduled release of 2029,” the official said on background.

“It is an act of clemency. And the guilt of his conviction remains.” 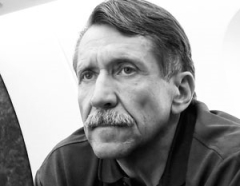 A photo from the Russian intelligence service released by TASS shows Viktor Bout on his flight back to Russia. (Photo: FSB/TASS)

Bout and Griner were exchanged on the tarmac of an airbase in Abu Dhabi, the Emirati and Saudi governments said in a joint statement that highlighted their “mediation” roles.

Griner, a professional basketball player, had served four months of a nine-year sentence, after pleading guilty to drug smuggling and possession of over less than a gram of cannabis oil, which she said she accidentally brought into the country.

Bout, a weapons dealer linked to brutal conflicts on several continents, had served less than half of a 25-year sentence, after being convicted on charges of conspiring to kill Americans, delivery of anti-aircraft missiles, and aiding a terrorist organization.

In her remarks to reporters as Bout flew to Moscow, Moskalkova said, “I think that the feeling of joy overwhelms everyone who follows the fate of this absolutely wonderful person who fell victim to American insinuations.”

Russia has long complained about the circumstance of Bout’s arrest and conviction, and Moskalkova said she hoped to have the chance to speak to him about his detention conditions and “American legal proceedings.”

Bout was arrested in Thailand in 2008 as a result of a sting operation set up by U.S. Drug Enforcement Administration agents and subsequently extradited to the U.S. to stand trial. He was sentenced in April 2012.

The release of a man whose business fueled deadly wars, mostly in Africa, drew flak from both sides of the U.S. political spectrum, even as critics of the move welcomed the news that Griner was returning home.

“The Russians and other regimes that take American citizens hostage cannot pretend that there is equivalence between the Brittney Griners of the world and people like Viktor Bout, the so-called ‘Merchant of Death,’” Senate Foreign Relations Committee Chairman Bob Menendez (D-N.J.) said in a statement.

“Nothing could be further from the truth, and we cannot ignore that releasing Bout back into the world is a deeply disturbing decision.”

“It’s heartening to hear Brittney Griner has been released and will be reunited with her friends and family in the United States,” said Sen. Ted Cruz (R-Texas). “Nevertheless, it’s concerning that the Biden administration has released Viktor Bout in what was clearly a blackmail demand.”

“Bout is one of the most dangerous men in the world and an arms dealer who conspired to kill Americans and aid terrorists, and his release makes every American less safe – so does the manner of his release, which will encourage terrorists and rogue regimes to seize more Americans as hostages,” Cruz said.

“Americans welcome the release of Brittney Griner,” said Sen. Tom Cotton (R-Ark.), “but it shouldn’t have come at the cost of releasing one of the world’s worst arms dealers and creating a dangerous precedent for our enemies: detain Americans and Democrats will agree to set your worst killers free.”

“The Bout-for-Griner prisoner swap is not a trade, it’s an American surrender,” said former National Security Advisor John Bolton. “This is not what American strength looks like. Terrorists and rogue states are smiling.”

Bolton’s “surrender” remark prompted a response from Boris Mezhuev, a political scientist at Moscow State University who specializes in the Russia-U.S. relationship.

“Bolton is talking about capitulation because it is clearly a non-equivalent deal,” Mezhuev told the online newspaper Vzglyad. “The Americans, of course, rarely make such concessions, and so far it definitely looks like a diplomatic victory for Russia.”

National Security Council Coordinator for Strategic Communications John Kirby told CNN that “our focus on our national security interests is not going to change” now that Bout has returned to Russia.

Asked in a CBS News interview about the decision to free Bout, Secretary of State Antony Blinken acknowledged that “these are hard decisions.”

“And ultimately, those of us working for the president make recommendations, give advice.  He’s the one who has to make the hard calls, and he made a hard call,” Blinken said.

“Viktor Bout’s been off the playing field since 2008, which is a very good thing, and he served about half of his sentence,” he said. “At some point in the years to come he was going to get out, and I’m glad at least that we were able to get Brittney Griner home.”

Bout’s career, according to the U.S. government, included supplying military equipment to the Taliban when it first ruled most of Afghanistan, transactions that allegedly reaped $50 million in profit.