Russian, Chinese Bombers Jointly Patrol Near US Asian Allies, For Third Time in a Year 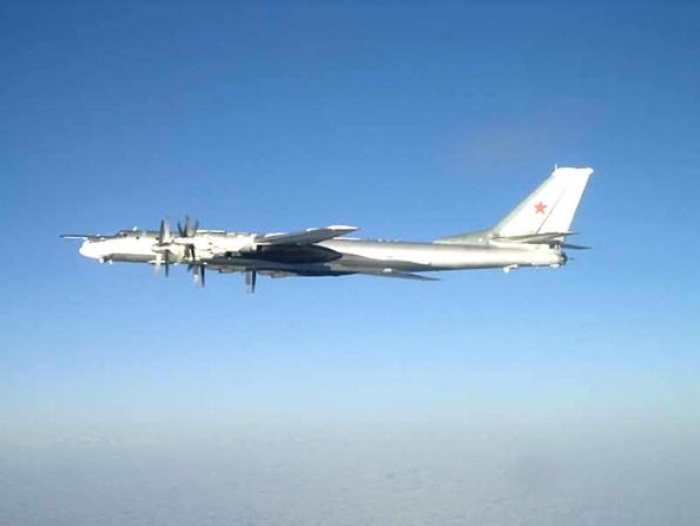 (CNSNews.com) – Russian and Chinese nuclear-capable bombers conducted an eight-hour air patrol over waters near U.S. allies in northeast Asia on Wednesday, the third such exercise in the space of a year.

This is only the fifth time Russia and China have carried out a joint aerial strategic patrol since their first in July 2019. The spacing between the first and second was 17 months and between the second and third was 11 months, so the pace has stepped up noticeably this year, as the two countries – both deeply at odds with the United States – strengthen their military cooperation.

The Russian ministry said the patrol took place over the Sea of Japan and the East China Sea, which are bodies of water adjacent to Japan and South Korea.

“In the course of accomplishing their missions, the aircraft of both countries acted in strict compliance with the provisions of international law,” it said. “There were no violations of the airspace of foreign states.” It added that the joint patrol was “not directed against any third countries.”

South Korea’s military’s Joint Chiefs of Staff said while the four Russian and two Chinese planes had not violated Korean airspace, they had crossed into its air defense identification zone (ADIZ) without notice, prompting it to scramble fighters as a precautionary measure.

An ADIZ extends beyond sovereign airspace, but aircraft entering it are usually expected to identify themselves and file flight plans.

The last time Russian and Chinese strategic bombers flew a joint patrol, in the same area, was on May 24, while President Biden was visiting Tokyo for a summit of the Asia-Pacific Quad.

Russia and China have strengthened military collaboration more broadly since President Vladimir Putin’s invasion of Ukraine in February led to the most serious rift between Moscow and the West since the Cold War.

In September, Chinese forces, ships and aircraft took part in Russia-led wargames, Vostok-2022, the first time the PLA had sent elements of all three of its armed services to participate in a Russian exercise, according to Chinese state media.

Shortly after Vostok-2022, Russian and Chinese warships carried out joint naval patrols in the western Pacific. It was only the second time the two navies had patrolled together in that manner, the first having taken place in October last year.

Wednesday’s strategic bomber patrol came a day after the PLA claimed to have “warned off” a U.S. Navy ship in a disputed area of the South China Sea.

The PLA Southern Theater Command said it deployed aircraft and naval vessels to monitor and warn off the guided missile cruiser USS Chancellorville after it “trespassed into the waters adjacent to islands and reefs of China’s Nansha Islands” without China’s approval. 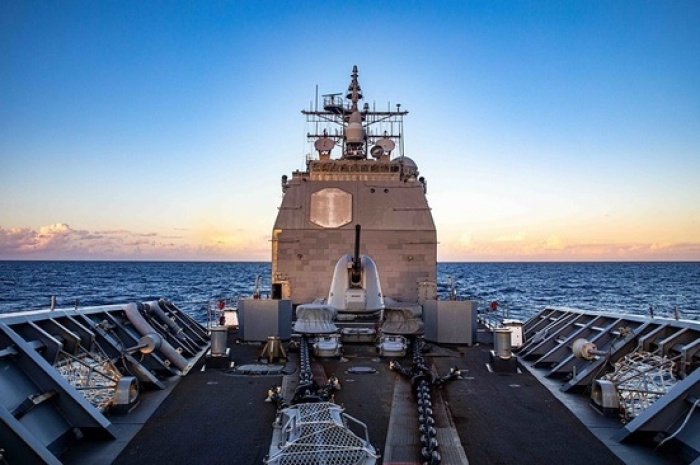 The command’s spokesman, Senior Colonel Tian Junli, accused the U.S. ship of violating Chinese sovereignty and said the incident was further “proof of the U.S. military’s practice of navigation hegemony and militarization of the South China Sea.”

The Pentagon rejected the PLA’s version of events.

“I know that there has been some reporting that China essentially ejected our ship from the area,” press secretary Patrick Ryder told reporters. “That is not true.”

He said China was “trying to establish a new normal.”

While U.S. and other countries’ ships and planes have operated in international airspace or waterways for decades, Beijing suddenly began to say “no, this belongs to us, and now you’re violating our sovereignty,” Ryder said.

“Again, it’s trying to change the narrative, change the status quo, and in fact, fabricate a situation that previously, all would agree, did not exist.”

Ryder said that when Defense Secretary Gen. Lloyd Austin met with his Chinese counterpart in Cambodia last week, he had “affirmed that the U.S. will continue to fly, sail and operate wherever international law allows."”

While China claims “indisputable sovereignty” over what it calls the Nansha Islands (more generally known as the Spratly Islands) and their adjacent waters, the Philippines, Vietnam, Malaysia, Taiwan and Brunei also have sovereignty claims over the islands, which comprise hundreds of islets and reefs.

A U.N. tribunal in 2016 ruled that there was no legal basis for China’s claims there, but Beijing has never accepted the judgment.

According to the U.S. Seventh Fleet the USS Chancellorville had conducted the “freedom of navigation operation” in line with international law.

“U.S. forces operate in the South China Sea on a daily basis, as they have for more than a century,” said the Seventh Fleet.