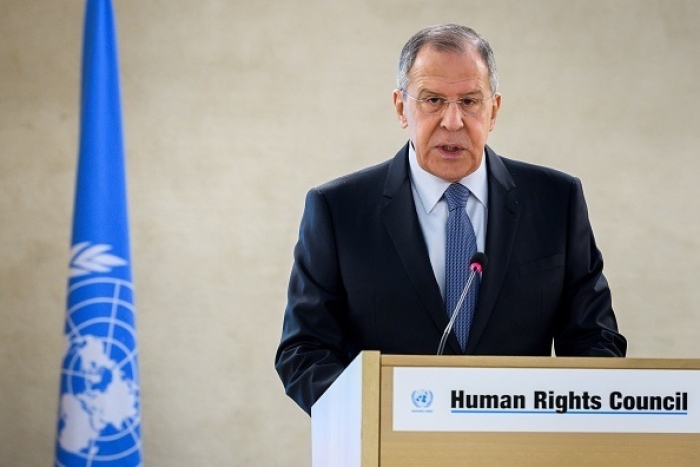 (CNSNews.com) – As the U.N. Human Rights Council prepared to hold a special session on Thursday devoted to Russia’s invasion of Ukraine, Moscow said it would boycott the meeting and complained sardonically that the West is trying to turn the HRC into a “closed club of genuine democracies.”

The Geneva-based council is holding the emergency session on “the continuously deteriorating human rights situation in Ukraine stemming from the Russian aggression,” at the request of the required one-third of its 47 members, and with the support of 40 other governments that are not members.

“The current situation requires the urgent attention of the council in view of the recent reports of war crimes and large-scale violations in the town of Bucha and other liberated areas of the country and ongoing reports of mass casualties in the city of Mariupol,” Ukrainian Ambassador Yevheniia Filipenko wrote in her request for the HRC president to convene the session.

Russian foreign ministry spokeswoman Maria Zakharova responded dismissively to the planned meeting, and made clear Russia’s diplomats in Geneva would not be taking part.

She said in a statement Russia’s arguments and explanations about the goals of its “special military operation” and the situation on the ground in Ukraine have been completely ignored up to now and will “obviously not be heard this time either.”

“That is why the Russian delegation will not, by its presence, legitimize another biased political show.” 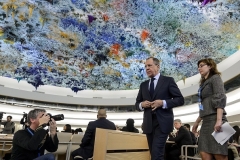 Russian Foreign Minister Sergei Lavrov arrives to deliver a speech at a previous session of the U.N. Human Rights Council in Geneva. (Photo by Fabrice Coffrini/AFP via Getty Images)

Alluding to Filipenko’s letter, Zakharova accused those requesting the special session of offering as justification “the fakes they themselves disseminated about the events in Bucha and Mariupol” – a reference to Moscow’s claims that evidence of mass civilian killings was staged, in a bid to implicate Russian troops for abuses which it says were committed by Ukrainian nationalists.

Broadening her attack, Zakharova charged that the West was trying to use the HRC for its own ends.

“Such attempts to impose a politicized and confrontational agenda on the HRC are not surprising,” she said. “They fit perfectly into the traditional line of the Westerners on the use of human rights in their own opportunistic interests.”

Zakharova said the West did not care that their actions would result in the council’s reputation being “completely discredited.”

“It is important for them to realize the task set – to transform the HRC into a kind of ‘closed club of genuine democracies,’ designed to set the rules of the game for the rest of the world, violations of which will be punished.”

Democracies have far from dominated the work of the HRC since its establishment in 2006. Proceedings at the U.N.’s top human rights watchdog have instead been characterized by the presence in its ranks of autocracies with poor human rights records.

Russia, China, Cuba, Saudi Arabia, Pakistan, and Venezuela are among those that have served multiple terms, often using their positions to attack the West – and especially Israel – and to support each other in the face of Western criticism.

(Those two issues – the HRC’s disproportionate focus on Israel, and the inclusion of egregious human rights abusers among its members – were cited by the Trump administration when it announced its withdrawal from the council in 2018. The Biden administration returned last year.)

This year began with the smallest contingent of “free” members in the HRC’s history, just 15-strong (31.9 percent).

Tuesday saw a small change, when the Czech Republic (“free”) was elected to fill the seat that had been vacated by Russia (“not free”) after the U.N. General Assembly voted last month to suspend its membership.

There are now 16 “free” members, or 34 percent of the total, still well short of a majority.

Freedom House, the Washington-based democracy watchdog, evaluates every country in the world each year, ranking them “free,” “partly free,” or “not free” based on scores for political rights and civil liberties.