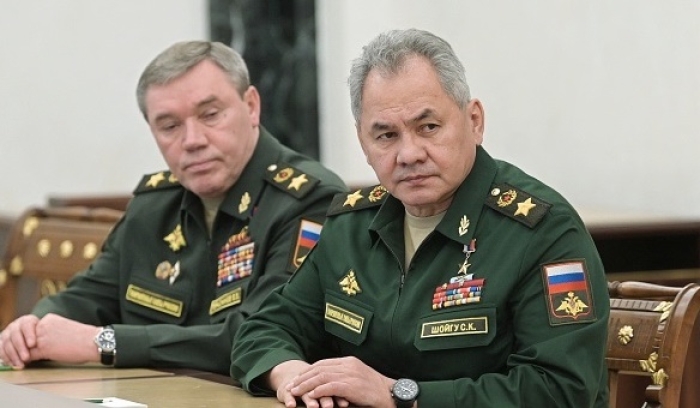 (CNSNews.com) – A senior Pentagon official on Sunday described as both unnecessary and escalatory President Vladimir Putin’s decision to order Russian nuclear deterrent forces “on the highest alert” in response to what he called “aggressive” statements from leading NATO members.

“We have no reason to doubt the validity of these reports,” the official told a briefing on background.

The official added that the step was unnecessary because Russia has never been under threat from the West or NATO, and it was escalatory because it was “clearly potentially putting at play forces that could, that if there’s a miscalculation could – could make things much, much more dangerous.”

The Pentagon was “trying to assess what this direction from him actually means in tangible terms. And I don’t think it should surprise you that we may not have all the answers right now,” the official added, noting the development had only occurred an hour or so earlier.

Meanwhile the United States military was “confident in our ability to defend ourselves and our allies and our partners – and that includes in the strategic deterrent realm.”

Putin’s publicized order came on the fourth day of his military attack on Ukraine, with Russian forces entering the second-largest city of Kharkhiv, and continuing to surround other towns and bomb airfields and energy facilities, amid fierce resistance from Ukrainians.

On CBS’ “Face the Nation,” U.S. Ambassador to the U.N. Linda Thomas-Greenfield said she was not surprised at Putin’s latest move since he “has tried every means possible to actually put fear in the world in terms of his action.”

“And it just means that we have to ramp up our efforts here at the United Nations and elsewhere to hold him accountable,” she said.

The U.S. and its allies have over recent days gradually ratcheted up sanctions, abandoning an earlier reluctance to target Putin personally and to cut Russian banks off from the global payment system SWIFT. Direct sanctions against Russian energy exports have yet to be announced, however.

In a scripted televised interaction at the Kremlin Sunday of the type that has become characteristic for Putin, he told Defense Minister Sergei Shoigu and chief of the Russian general staff Gen. Valery Gerasimov that “Western countries are not only taking unfriendly actions against our country in the economic area – I am referring to the illegitimate sanctions, which are very well-known to everybody.”

“However, the top officials of the leading NATO countries are making aggressive statements against our country as well,” Putin continued. “For this reason, I order the defense minister and chief of the general staff to put Russian nuclear deterrent forces on the highest alert.”

The senior U.S. defense official briefing on Sunday there had been no verbal communication in recent days with Shoigu or Gerasimov, Russia’s counterparts respectively of Defense Secretary Gen. Lloyd Austin and the chairman of the Joint Chiefs of Staff Gen. Mark Milley.

“Obviously, if that changes, we’ll certainly read them out to you.  I have no conversations to speak to at this time.”