Official: Administration Has ‘Deep Concerns About China’s Alignment With Russia at This Time’ 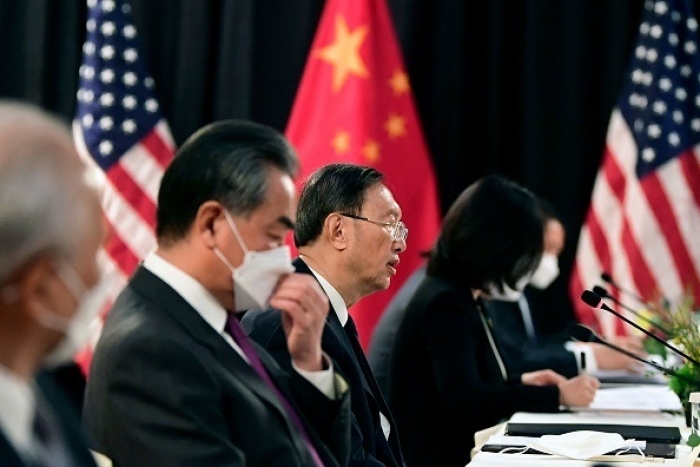 (CNSNews.com) – National Security Advisor Jake Sullivan made clear during talks with his Chinese counterpart on Monday that the U.S. has “deep concerns about China’s alignment with Russia at this time.”

He was direct about “the potential implications and consequences of certain actions,” a senior administration official said.

Briefing on background, the official was answering queries about reports on Russia being at the point of default and having asked China for an economic helping hand as it grapples with sanctions imposed in response to its invasion of Ukraine.

Russia has also asked China for military equipment, according to reports Sunday by the Financial Times and Washington Post.

Sullivan’s meeting in Rome with the Chinese Communist Party’s top foreign affairs official, Yang Jiechi, had been in the works since December, but the administration official said it turned out to be particularly timely given the current crisis. He described the talks as “an intense seven-hour session reflecting the gravity of the moment.”

The official said the administration would not communicate with the Chinese “via the press,” but it does “have deep concerns about China’s alignment with Russia at this time.”

“And the national security advisor was direct about those concerns and the potential implications and consequences of certain actions.”

The official declined to comment when asked if the U.S. has information that China had expressed an openness to providing Russia with the requested military and financial aid, or had provided any since the invasion began.

Pressed on the reluctance to comment, the official said, “I’m not going to comment on the specific reports. You know, what I will say, in general, in terms of concerns vis-à-vis what China may be considering, or what kind of support it could provide: You know, the national security advisor was clear, I think, over the weekend.”

“But we’re not communicating via the press with the PRC.  We are communicating directly and privately with China about our concerns, about the kinds of support that other countries might be providing to Russia.”

State Department spokesman Ned Price also fielded questions Monday on the prospect of China seeking to bail out Russia. He said the only way out for Moscow was for Putin to change direction.

“We’ve made very clear that any country that would attempt to bail Russia out of this economic, financial morass will be met with consequences,” he said.

“We will ensure that no country is able to get away with such a thing.”

Price said Russia and China together account for around 25 percent of global GDP, while the countries imposing sanctions – the U.S. and its allies and partners in Europe and the Asia-Pacific and elsewhere – accounted for “well over 50 percent.”

“So, there is not a country out there that would be able to fully extricate Moscow from this. The only thing that could relieve the pressure, that could extricate in a meaningful way Moscow from the morass that it has created for itself, is for Putin to change course – to de-escalate and to end the violence.” 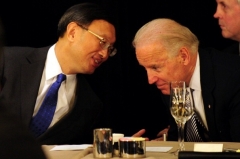 Beijing has dismissed as “disinformation” reports on Russia asking China for help since President Vladimir Putin announced the start of the invasion on February 24.

Zhao then reiterated China’s “consistent and clear” position on the Ukraine issue: calling for peace talks and for “all parties to exercise restraint” and work for a diplomatic solution.

China has pointedly not condemned Russia’s attack on Ukraine, has expressed sympathy for Putin’s demands for security guarantees from NATO, and has repeatedly voiced opposition to sanctions.

“On the Ukraine question, any disinformation that dismisses China’s efforts, misrepresents China’s intention and smears China is designed to deflect the problem, stoke provocation and profit from the issue,” said Zhao. “It is neither responsible nor ethical.”

“Sanctions are never effective means to resolve problems,” he added. “China opposes all forms of unilateral sanctions and long-arm jurisdiction of the U.S., and will resolutely defend the legitimate rights and interests of Chinese companies and individuals.”

The CCP organ China Daily in an editorial on Monday blamed the war not on the country that invaded Ukraine, but on the U.S. and Britain.

“The rhetoric of Washington and London and the weapons the United States and the United Kingdom are providing Ukraine are aimed at fanning the flames of the conflict,” it said. “For all their hand-wringing, most of those in these two Western capitals decrying what is happening in Ukraine are shedding crocodile tears.”

“Not only have these two countries hyped up and fueled the tensions for months and allowed them to spiral out of control, they have also tried to use the crisis to smear China,” China Daily said.