North Korea, Nigeria, and Islamic Nations Top the List of Most Dangerous Countries for Christians 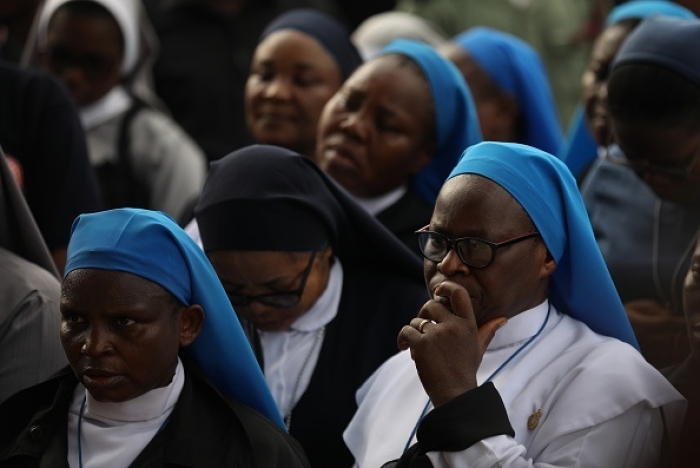 Catholic nuns in Nigeria attend a prayer vigil for peace in Abuja. (Photo by Kola Sulaimon / AFP via Getty Images)

(CNSNews.com) – Nigeria accounted for 89 percent of verified religiously-motivated killings across the world during the 12-month period ending last September, a year marked by a serious deterioration across many parts of sub-Saharan Africa, according to Open Doors.

The religious freedom advocacy group on Tuesday released the 30th edition of its closely-watched annual list of the 50 countries where it is most dangerous to be a Christian.

As deadly as the situation has been for followers of Jesus in Nigeria, six other countries ranked even worse on the 2023 World Watch List (WWL), with North Korea returning to the number one spot that it held for two decades, until briefly displaced a year ago by Taliban-ruled Afghanistan.

Since 2005, at least half – and as many as nine – of the ten worst countries on the list have been Islamic nations. This year is no different, with eight of the top ten (and 15 of the top 20) being members of the Organization of Islamic Cooperation – Somalia, Yemen, Libya, Nigeria, Pakistan, Iran, Afghanistan, and Sudan.

The only non-OIC countries making the top ten are North Korea and Eritrea, in first and fourth place respectively.

“Globally, more than 360 million Christians suffer at least ‘high’ levels of persecution and discrimination for their faith,” Open Doors says. That’s one in seven Christians worldwide.

Wybo Nicolai, who pioneered the first WWL three decades ago, said at Tuesday’s release that in 1993, there were “only” 40 countries around the world where “high to extreme” levels of persecution of Christians were recorded.

“Today this number has almost doubled, to 76 countries. So that’s a very strong indication how persecution of Christians has become a much bigger issue,” he said, adding that the “intensity” of persecution has also increased significantly over that time.

Sub-Saharan Africa features prominently in this year’s report. According to Open Doors, “a wave of religiously motivated violence nurtured in Nigeria has swept across the region, targeting Christian populations at an alarming rate in countries like Burkina Faso, Cameroon, Mali, and Niger.” All of those countries are on this year’s WWL.

In Nigeria, Africa’s most populous country, Christians are targeted for violent attack by jihadists of Boko Haram and the regional ISIS affiliate ISWAP, and by radical Islamist Fulani herdsmen.

They “conduct raids on Christian communities, killing, maiming, raping and kidnapping for ransom or sexual slavery,” Open Doors says, reporting the verified religiously-motivated killings in Nigeria rose to 5,014 during the reporting period, from 4,650 a year earlier.

“Violence is only part of the equation, with ever increasing Islamization putting extreme pressure on many Christians in their everyday lives,” it says. “Nigeria’s government continues to deny this is religious persecution, so violations of Christians’ rights are carried out with impunity.”

In late 2021, the Biden administration lifted Nigeria’s designation as a “country of particular concern” – governments that perpetrate or condone “systematic, ongoing, and egregious” abuses of religious freedom, in the wording of the 1998 International Religious Freedom Act.

Despite criticism over the decision, last year it left Nigeria off the blacklist again.

Open Doors US interim CEO Lisa Pearce said Tuesday the ministry hopes to see the State Department return Nigeria to the CPC list – “the situation there is desperate.”

Beyond Nigeria, “jihadist violence is becoming commonplace” across the region, says Open Doors.

“The Islamist campaign of terror is fueled by a lethal mix of trafficking, changes to the climate and an influx of mercenary soldiers from the shadowy Kremlin-backed Wagner Group.”

Meanwhile in Afghanistan, Christians continue to suffer under the rule of the Taliban.

On last year’s WWL Afghanistan was in first place, but Open Doors says its drop to ninth place this year “offers little cheer.”

“After the brutal takeover in 2021, many Christians were executed, as the Taliban went door-to-door to root out believers. Many Christians went deep into hiding or fled overseas,” it says.

“Over 2022, the Taliban’s focus has intensified for rooting out those with links to the old regime, more than uprooting the very small number of Christians remaining.”

Open Doors representatives at the WWL launch urged Christians to pray for their persecuted fellow believers.

“They need your support, they need your prayers,” said Nicolai. “At the same time, I’m convinced that you can also learn from them – how to stand strong under difficult circumstances, how to be a true disciple of Jesus Christ in the midst of opposition.”

Among other key findings in this year’s WWL: 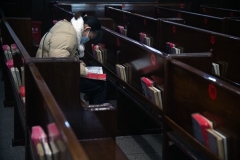 A worshiper reads the Bible after a Christmas Day service at a Protestant church in Shanghai. (Photo by Jessica Yang / AFP via Getty Images)

--The Chinese Communist Party has clamped down further on religious groups including Christians, including the introduction of new rules on churches’ use of the Internet, and stepped-up censorship, disinformation, and extreme surveillance. China is in 17th place on the list.

--North Korea, back at the top of the WWL, accounts for “its highest levels of persecution ever,” following a new wave of violence under its “anti-reactionary thought law.” (The Bible falls under the law’s ban on “foreign published materials.”)

Open Doors says the WWL is compiled based on research, data from its fieldworkers, in-country networks, external experts, and persecution analysts. The International Institute for Religious Freedom audits each edition.