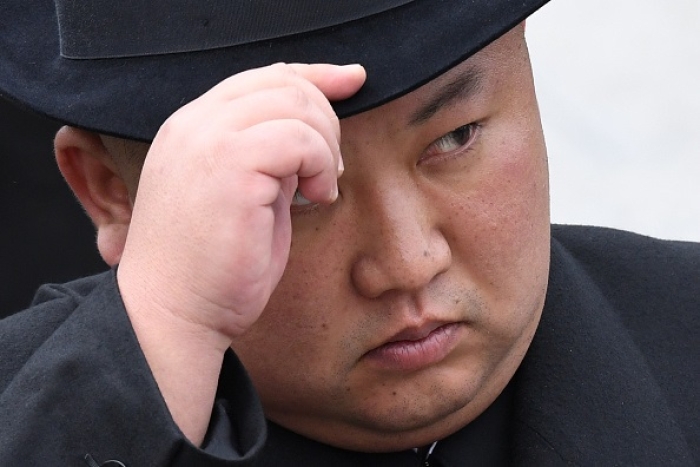 (CNSNews.com) – North Korea launched three ballistic missiles within the space of around 45 minutes early Wednesday local time, waiting until President Biden had wrapped up his first presidential visit to the region before doing so.

Earlier – while Biden was still in Japan – Russian and Chinese nuclear-capable bombers flew near Japanese and South Korean airspace in their first such joint show of force since Russia invaded Ukraine in February.

“We are aware of the multiple DPRK ballistic missile launches today and are assessing and consulting closely with our allies and partners,” U.S. Indo-Pacific Command said in a statement, using an acronym for North Korea’s formal name, the Democratic People’s Republic of Korea.

“While this event does not pose an immediate threat to U.S. personnel or territory, or to our allies, the missile launches highlights the destabilizing impact of the DPRK’s illicit weapons program,” it said. “The U.S. commitment to the defense of the Republic of Korea and Japan remains ironclad.”

The South Korean military said the missiles were fired from the Pyongyang region towards the Sea of Japan, which lies between the Korean peninsula and Japan. It said it was “maintaining a full readiness posture,” in close coordination with the U.S.

One of the projectiles launched was suspected to be an intercontinental ballistic missile (ICBM), another was a short-range ballistic missile, while a third apparently exploded in flight, according to Seoul's military.

After South Korean President Yoon Suk-yeol convened a meeting of his national security council, his office in a statement condemned the launches, calling them “a grave provocation that violates U.N. Security Council resolutions, raises tensions on the Korean Peninsula and in Northeast Asia and threatens international peace.”

Biden and Yoon agreed on expanding joint military exercises, and reaffirmed “the commitment of the U.S. to deploy strategic U.S. military assets in a timely and coordinated manner as necessary.”

On the last day of his trip Biden joined his fellow leaders in the “Quad” – the U.S., Australia, India, and Japan – in condemning the Pyongyang regime’s “destabilizing ballistic missile development and launches, including multiple intercontinental ballistic missile tests.”

Noting that the missile launches violate U.N. Security Council resolutions, they urged North Korea to abide by its obligations under the resolutions, “refrain from provocations, and engage in substantive dialogue.”

North Korea has carried out well over a dozen missile launches since the beginning of this year, including a test of its newest ICBM in March – the first successful ICBM test since 2017.

As Biden began his trip, National Security Advisor Jake Sullivan warned of a strong possibility that Kim Jong Un could conduct either a nuclear or ballistic missile test while the president was visiting the region. 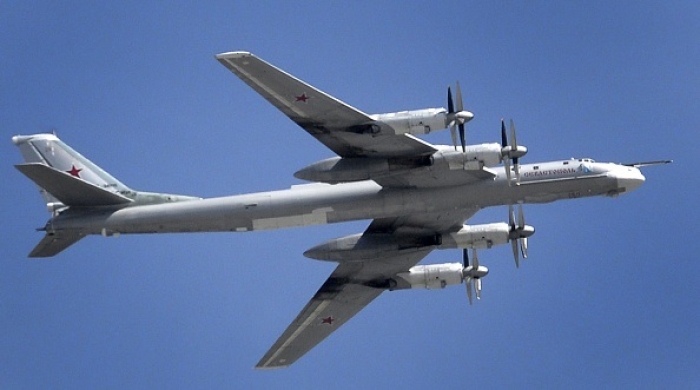 ‘Don’t mess with China and Russia’

In the closing hours of Biden’s tour, Russian and Chinese nuclear-capable bombers held what China’s defense ministry described as a “joint aerial strategic patrol” over the Sea of Japan, the East China Sea, and the western Pacific.

South Korean authorities said the foreign aircraft had entered the country’s air defense identification zones, and that fighter jets were scrambled in response. These zones extend beyond a country’s sovereign airspace, but aircraft entering them are usually expected to report their presence and flight plans.

Hi Xijin, a commentator and former editor-in-chief of the Chinese Communist Party paper Global Times, said the message being sent to the Quad by the joint strategic patrol was, “Don’t mess with China and Russia, especially don’t mess with these two great powers at the same time.”

State Department spokesman Ned Price told a briefing in Washington that the joint exercise demonstrated that the “no-limits” partnership agreed between Russian President Vladimir Putin and Chinese President Xi Jinping shortly before the invasion of Ukraine was “alive and well.”

Biden’s visit to the region, he said, presented “a stark contrast to what we’ve seen from Russia and China.”

“It demonstrates our commitment to a free and open Indo-Pacific region,” he said. “That was at the heart of the president’s visit to Japan, to the Republic of Korea.”

Price said attempts to intimidate U.S. allies and partners “will only strengthen our collective resolve.”