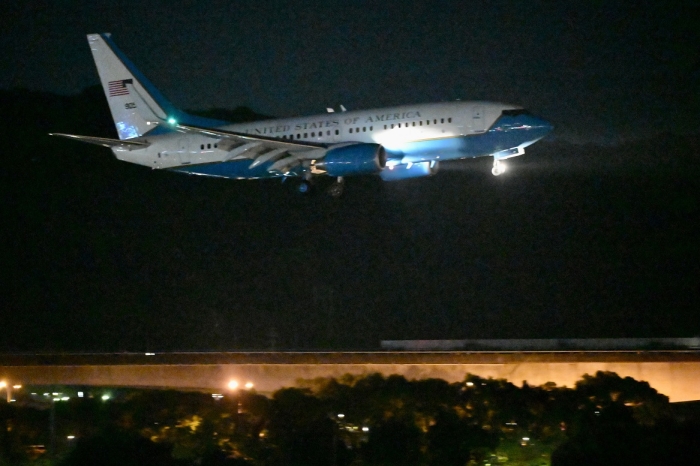 (CNSNews.com) – House Speaker Nancy Pelosi is due to meet Wednesday with Taiwan’s president during a brief visit that has infuriated China, which said its People’s Liberation Army would begin a series of live-fire exercises in the waters surrounding the island.

After the U.S. Air Force transport plane carrying Pelosi and her delegation touched down in Taipei on Tuesday night local time, the Chinese foreign ministry reportedly summoned the U.S. ambassador for a late-night dressing down, and state media outlets published angry editorials, likening the speaker to a “thief” and a “plague” for visiting the island, which Beijing claims as its own.

The PLA said it would “take a series of targeted military operations in response” and, just 12 minutes after the plane touched down, Xinhua posted a notice warning of four days of live-fire drills in waters around Taiwan, beginning on Thursday.

A map provided by the PLA showed six locations for the drills – three to the north of the island, one to its east, and two to the south, including one just 20 or so miles off the port of Kaohsiung, Taiwan’s largest industrial center, with a population of 2.7 million.

Taiwan’s defense ministry said the planned exercises, which it called an attempt to intimidate its ports and population centers, “will not help China’s international image.”

Hu Xijin, a CCP propagandist and former editor-in-chief of the party organ Global Times, said on Twitter the planned live-fire drills were “not just a demonstration, but an actual exercise to liberate Taiwan,” adding that “Pelosi’s visit is bound to speed up China’s unification.”

PLA breaches of Taiwan’s ADIZ – which surrounds but lies beyond sovereign airspace – have become regular occurrences since last fall. 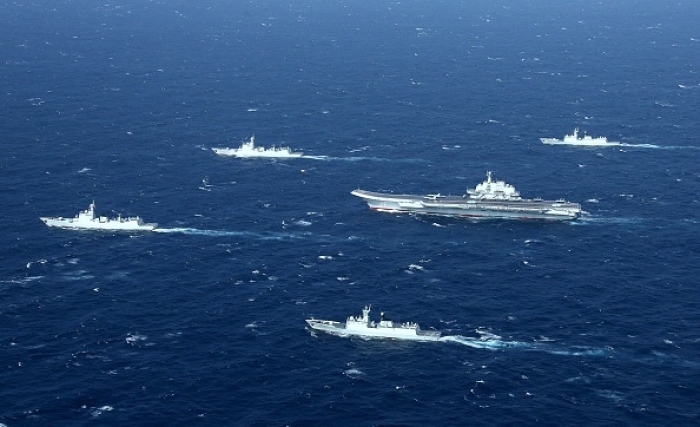 An aerial file photo shows PLA Navy ships, including the aircraft carrier Liaoning, during drills in the South China Sea. (Photo by STR/AFP via Getty Images)

Pelosi said in a written statement after landing that the visit “honors America’s unwavering commitment to supporting Taiwan’s vibrant democracy” and “in no way contradicts longstanding United States policy” regarding Taiwan.

“America’s solidarity with the 23 million people of Taiwan is more important today than ever, as the world faces a choice between autocracy and democracy.”

Pelosi was more direct in a Washington Post op-ed, accusing China of having “dramatically intensified tensions with Taiwan” and saying the visit was taking place “[i]n the face of the Chinese Communist Party’s (CCP) accelerating aggression.”

She also condemned repressive CCP policies in Hong Kong, Tibet, Xinjiang, and “throughout the mainland.”

Pelosi was due to meet with Taiwanese President Tsai Ing-wen on Wednesday, followed by a luncheon.

She will also reportedly visit the legislature for talks with political party leaders, and will meet with democracy advocates at a human rights memorial center in the capital, according to the Taipei Times.

The American Institute in Taiwan – the de facto U.S. Embassy in the absence of formal diplomatic ties – said the delegation would discuss with Taiwanese leaders “U.S.-Taiwan relations, peace and security, economic growth and trade, the COVID-19 pandemic, the climate crisis, human rights, democratic governance, and other significant issues of mutual interest.”

Ahead of the trip, the White House declined to comment on travel plans that had not been officially announced, although President Biden did say two weeks ago that “the military thinks it’s not a good idea right now.”

National Security Council coordinator for strategic communications John Kirby said at the White House on Tuesday that Biden “respects the speaker’s decision to travel to Taiwan.”

“The president as a former senator fully respects the right and the prerogative – frankly the responsibility of members of Congress, to include the speaker of the House, to travel overseas,” he said.

Taiwan’s foreign ministry said in a statement the visit “fully demonstrates the great importance the U.S. Congress attaches to Taiwan, and once again demonstrates the U.S.’ ‘rock-solid’ support for Taiwan.” 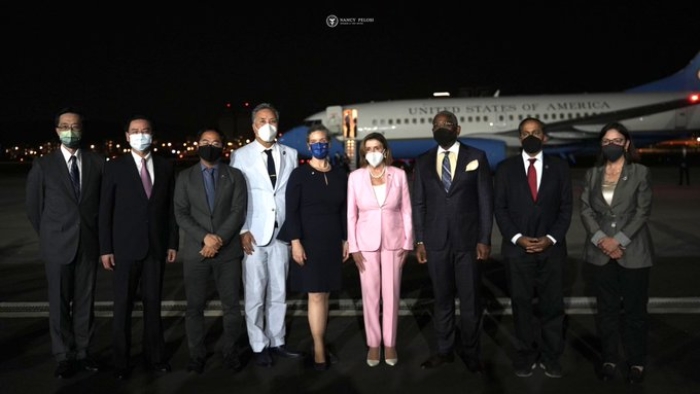 A photo tweeted by Speaker Nancy Pelosi on Tuesday night shows her and her delegation after landing in Taipei. (Photo: Twitter/ @SpeakerPelosi)

Since news of the planned trip leaked last month, Chinese officials have warned repeatedly that the visit would have a negative impact on U.S.-China relations, and said Beijing would take “strong and resolute measures to safeguard its sovereignty and territorial integrity.”

“Pelosi sneakily landed in China's Taiwan island like a thief, detonating the mine she has thrown over the situation in the Taiwan Straits and China-U.S. ties,” Global Times said in an editorial responding to her arrival.