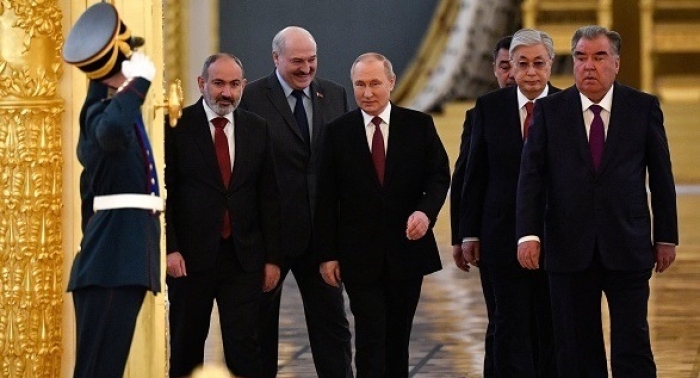 (CNSNews.com) – Belarusian President Alexander Lukashenko on Monday reprimanded members of a military alliance comprising six former Soviet republics for not being sufficiently supportive of Russia and Belarus in the face of unprecedented Western pressure in response to the invasion of Ukraine.

He also took members of the Collective Security Treaty Organization (CSTO) to task for not coordinating their voting in multilateral forums, likely alluding to the fact not all had voted to support Russia in three key votes at the U.N. General Assembly this spring.

Lukashenko was speaking at a summit in Moscow of the Russia-led CSTO, a grouping whose other four members are Armenia, Kazakhstan, Kyrgyzstan, and Tajikistan.

“Is it possible to claim today that the members of this organization are really united and bound by ties of solidarity and support as before?” he asked. “Recent events suggest probably not.”

“The concepts of unity and solidarity are not always enough, given the brutal, rabid sanctions pressure by the consolidated West,” Lukashenko told the other leaders. “Unfortunately, this is clear from the voting in international organizations.”

He did not elaborate, but two U.N. General Assembly resolutions critical of Russia’s invasion passed by large margins on March 2 and March 24, and in a third vote on April 7 the assembly suspended Russia’s membership at the Human Rights Council.

In the two March votes, Belarus and Russia opposed the measure while their four CSTO partners abstained. In the April vote on HRC membership, Kazakhstan, Kyrgyzstan, and Tajikistan joined Russia and Belarus in voting no, while Armenia did not vote.

In response to the invasion of Ukraine, Russia and Belarus – widely viewed as an enabler of Putin’s war – have also come under pressure in a number of other international bodies, including the Council of Europe and the International Olympic Committee.

Lukashenko suggested CSTO members had not been openly supportive of his country and Russia.

“With the tacit agreement of our partners, Belarus and Russia are being vilified and expelled from international organizations against all laws of international life, just on a Western whim,” he said.

He conceded that CSTO members had found themselves facing pressure too, but said that “but this is where collective, mutual support is so helpful. We may not exist tomorrow if we do not unite as soon as possible, if we do not strengthen our political, economic and military ties.”

“Our enemies and detractors are systematically degrading our strongholds and allied ties, and we ourselves are partially helping the West in this regard,” Lukashenko said. “I am sure that if we had acted as a united front right off the bat the hellish, as they say, sanctions would be out of question.”

‘A time of repartitioning the world’

Lukashenko offered proposals to tighten collaboration among the six CSTO members, including a unified response to “a new wave of NATO expansion” and what he called a “fake news and disinformation” war being waged by the West.

If CSTO members were divided, he said, “we will simply be crushed and torn apart.”

He characterized the meeting as taking place at a momentous time in history, “a time of repartitioning the world,” with the “collective West” fiercely fighting to hold on to the receding unipolar system.

“Everyone understands that the historical era that existed before is ending, and there will be no return to the previous international order,” he declared.

Lukashenko was first among the six presidents to speak in the open portion of the summit. Apart from Putin, the others kept their remarks brief and general, although Armenian President Nikol Pashinyan voiced support for Lukashenko’s comments on the absence of “synchronized” voting by CSTO members in multilateral forums.

In his statement, Putin repeated his well-aired views on “Nazis” in Ukraine and accusations of U.S.-funded biological warfare facilities, where he alleged that “possible methods and mechanisms were worked out to destabilize the epidemiological situation in the post-Soviet space.”

He accused the U.S. of using NATO as a “foreign policy tool,” and said that while Russia did not view the prospective admission of Finland and Sweden as a “direct threat,” any expansion of NATO “military infrastructure to these territories will certainly evoke a response on our part.”

Putin also said that the CSTO would work to provide collective armed forces with modern weaponry, enhance interoperability, “and more effectively coordinate the joint actions of our military agencies and secret services.”

Last January the CSTO for the first time in its 30-year history invoked the mutual defense provisions in its founding charter, in response to large-scale rioting sparked by energy price hikes in Kazakhstan.

At the request of Kazakhstan’s president, the other five members deployed around 2,500 troops for a week-long “peacekeeping mission.”