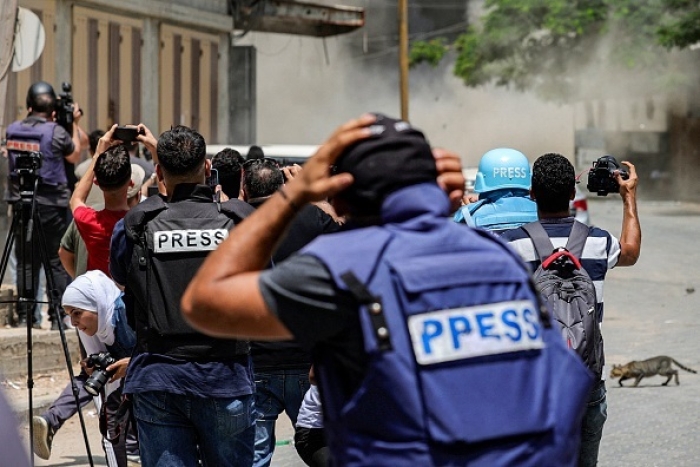 (CNSNews.com) – Hamas, the U.S.-designated foreign terrorist organization that controls the Gaza Strip, issued an order prohibiting local journalists from reporting or facilitating reporting on several issues, including “rocket malfunctions,” according to an organization representing foreign media in Israel.

The Foreign Press Association (FPA) said Tuesday the Hamas authorities had asked Gaza-based journalists “to pledge not to report on – or allow foreign journalists to cover – rocket malfunctions, militant capabilities or their role in the build-up to the weekend’s conflict.”

It said that after it held discussions with the “authorities in Gaza,” the order was withdrawn.

“The FPA is pleased with that reversal and notes that such a move would have constituted a severe, unacceptable and unjustifiable restriction on the freedom of the press, as well as the safety of our colleagues in Gaza,” it said.

The episode, first reported by the Associated Press, came shortly after three days of violence between the Israeli Defense Forces (IDF) and the Palestinian Islamic Jihad (PIJ), a less-prominent but also Iranian regime-backed terrorist group active in Gaza.

In the fighting, the terrorists fired more than a thousand rockets towards Israel, and the IDF carried out airstrikes on Palestinian Islamic Jihad targets, including the targeted assassination of two senior terrorist commanders, Taysir al-Jabari and Khaled Mansour. Israeli officials said it launched the “pre-emptive” operation because the PIJ was planning a large terror attack inside Israel.

The Hamas-run health ministry said a total of 46 Palestinians were killed. According to information and photos posted by the Palestinian Islamic Jihad, 12 of them were the group’s fighters, “martyred” over the weekend. (The IDF deliberately avoided targeting Hamas, which stayed out of the fray.) 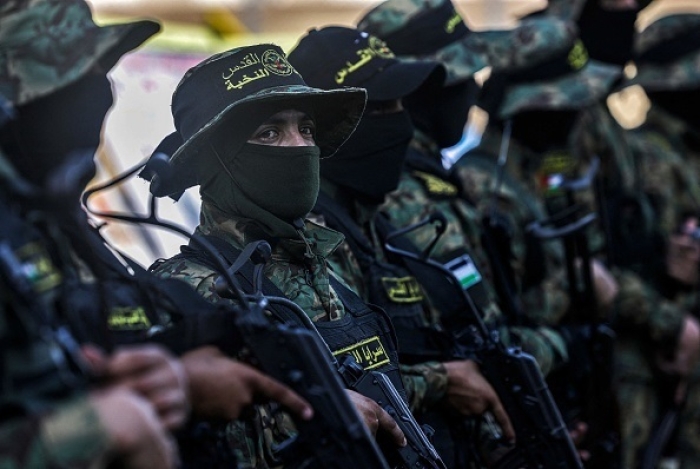 Israel acknowledged that some Palestinian civilians, including children, were unintentionally killed as a result of its airstrikes against terror targets, an outcome Prime Minister Yair Lapid called “heartbreaking.”

According to the IDF, however, at least 15 of the Palestinian fatalities were civilians killed as a result of Palestinian Islamic Jihad rockets launched towards Israel, but falling short and landing in residential areas in Gaza.

Of 1,100 rockets launched by the group, the IDF said, more than 200 landed inside the strip.

On Tuesday, the Associated Press reported that the IDF assessment appeared to be consistent with its own reporting.

It cited two incidents in Jabaliya in northern Gaza – one on Saturday night and the other on Sunday night – in which a total of 12 Palestinians, including children, had been killed in two explosions. Neither bore hallmarks of an Israeli airstrike. In both cases the PIJ had announced barrages of rockets at the time, it said.

Foreign media outlets represented in Israel hire the services of Gaza-based reporters and translators to facilitate their reporting inside the enclave. The Hamas order evidently sought to put pressure on the Palestinians by putting the onus on them ensure the foreign journalists did not cover issues deemed unacceptable to the terrorist group.

“Even if the rules are officially withdrawn, Hamas has still signaled its expectations, which could have a chilling effect on critical coverage,” the AP said.

The weekend flare-up ended with an Egyptian-brokered ceasefire late on Sunday night.

In a statement welcoming the ceasefire, President Biden reiterated U.S. support for Israel’s “right to defend itself against attacks,” and called for investigations into civilian casualties in Gaza, “whether by Israeli strikes against Islamic Jihad positions or the dozens of Islamic Jihad rockets that reportedly fell inside Gaza.”