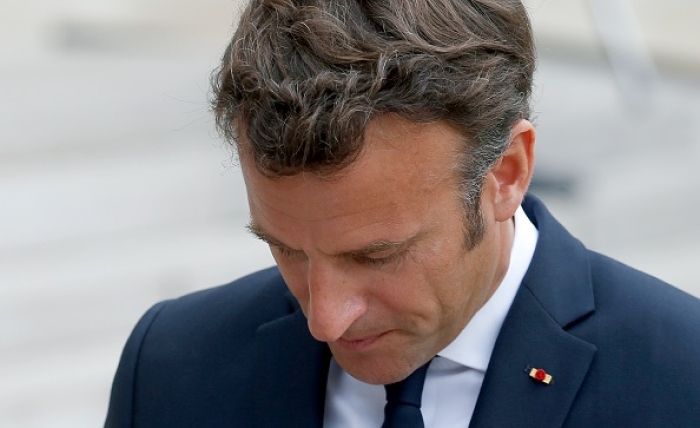 President Emmanuel Macron’s party is on track to lose more than 100 seats in the National Assembly. (Photo by Chesnot/Getty Images)

(CNSNews.com) – French President Emmanuel Macron lost his absolute majority in the National Assembly in an election Sunday that delivered official opposition status to a new left-wing alliance and a dramatic boost to the far-right National Rally.

In an outcome that will significantly impact Macron’s ability to advance his reform agenda during his second (and final) term as president, preliminary results placed his centrist bloc, now called Ensemble (Together), on track to lose more than 100 seats in the 577-member legislature.

While it will remain the largest party, with around 244 seats, the lack of an absolute majority will compel Macron to seek support for his initiatives from the center-right Republicans and their allies – also a weakened force, down from 136 seats at the last election to around 74.

Meanwhile the president will be fending off opposition on the left flank from the newly-formed NUPES (New Ecological and Social Popular Union) coalition, and on the right from a fired-up National Rally. 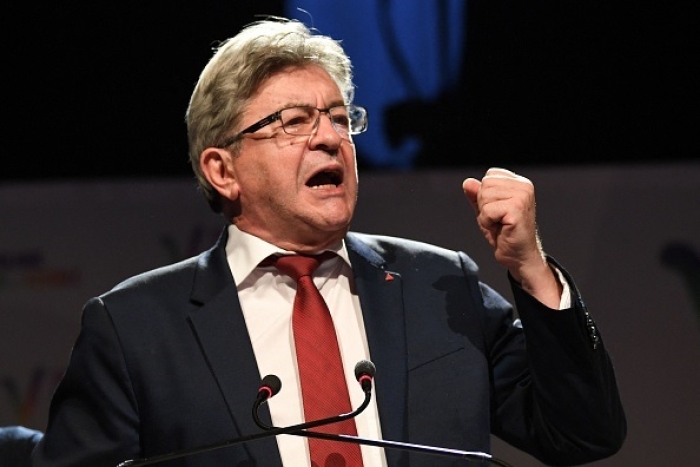 An upbeat Jean-Luc Melenchon, leader of the leftist NUPES coalition, speaks to supporters as election results come in on Sunday night. (Photo by Bertrand Guay/AFP via Getty Images)

NUPES, which cobbles together Jean-Luc Mélenchon’s populist Rebellious France movement with the Greens, Socialists, and Communists, is set to take around 127 seats, making it the second largest bloc.

And in a surprise outcome, Marine le Pen’s National Rally surged to around 89 seats – up from just eight seats won in the 2017 election.

While the invigorated forces on both the far-left and far-right will make Macron’s life difficult, within his Ensemble movement itself he also faces potential complications as would-be successors seek to make their own mark ahead the next presidential election.

Among these is Édouard Philippe, a former prime minister (2017-2020) who is widely expected to run for president in 2027.

Macron has played a high-profile leadership role in Europe – both before and during France’s E.U. presidency, a revolving post that moves to the Czech Republic on July 1.

In an election season overshadowed by Russia's invasion of Ukraine and the economic fallout from the conflict, some supporters griped that he was not focused enough on domestic issues. Macron spent several days of last week not on the campaign trail at home but visiting Moldova, Romania, and Ukraine. (He also drew fire from some quarters for saying, more than once, that the West in its support for Ukraine should take pains not to “humiliate” Russia.)

Given Sunday’s legislative election results, his second term is likely to see a much more inwardly-focused president at the Elysee Palace, and one far less able to rule with a free hand than he has up to now.

First, though, he has several high-profile international engagements on the diary – an E.U. summit in Brussels on Thursday and Friday, a G7 summit in Germany on Saturday, and a NATO summit in Madrid early next week. President Biden will join him for the latter two.

“With the new National Assembly we have a certain responsibility, a unique responsibility as of tomorrow. We will strive to build a majority, one turned towards action. We have to rally people together to ensure stability in our nation and carry out the necessary reforms.”

Among the uphill battles ahead: Macron’s controversial pension reform, entailing raising the national retirement age by three years to 65. 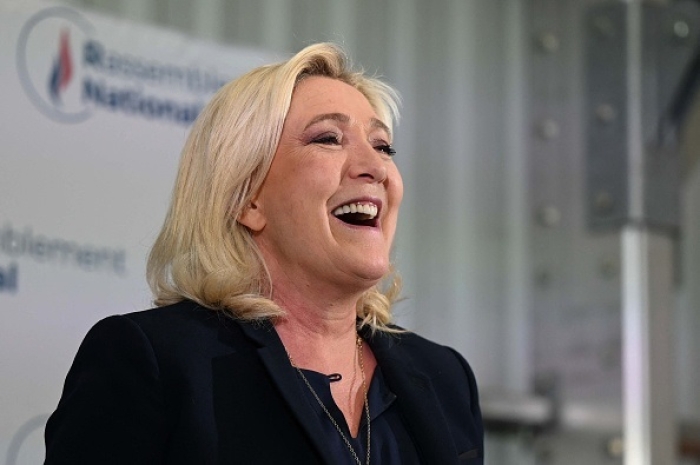 The party of Le Pen, who lost the presidential election to Macron in April, returns to the assembly hugely strengthened, increasing its representation more than tenfold. It’s by far the best result for National Rally since its founding (as the National Front) in 1972.

Provisional turnout in Sunday’s vote was around 46.2 percent. In the first round a week earlier it was 47.5 percent.