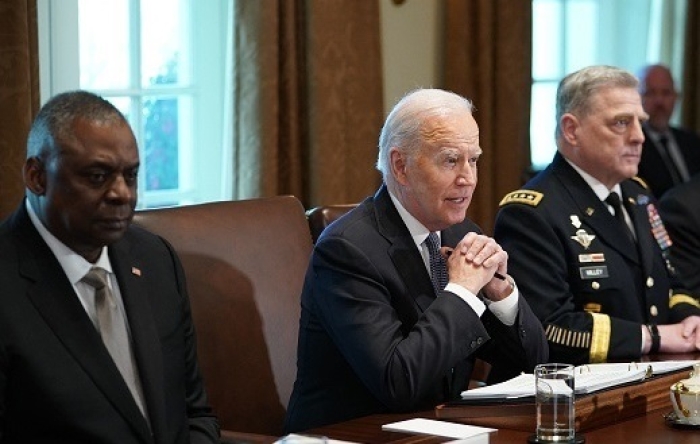 (CNSNews.com) – Chairman of the Joint Chiefs of Staff Gen. Mark Milley on Monday declined to answer a question about the potential risks involved in defending Taiwan.

Military contingency plans for various parts of the world are highly classified, he said, and it would not be appropriate for him to talk about risks associated with them in public.

Asked if he would support sending U.S. troops to the island, Milley said only that he would “render my advice at the moment in time to the president – and the secretary of defense.”

Milley was fielding questions together with Defense Secretary Gen. Lloyd Austin, after the White House said that President Biden’s comments in Japan about the U.S. getting involved militarily to defend Taiwan did not signal a change of policy.

Asked in Tokyo if he was willing “to get involved militarily to defend Taiwan” in the event of a Chinese invasion, Biden said, “yes.” 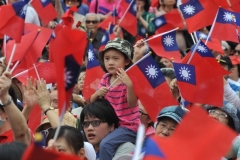 Biden said that the U.S. complies with its “one China policy” but that the notion Taiwan could be “taken by force” was “just not appropriate.”

A reporter asked Milley to “walk us through what you see the potential risks that would be a part of a U.S. military defense of Taiwan, should China invade,” but Milley said he would decline to do so.

The Pentagon has a variety of highly-classified contingency plans for various parts of the world, he said, “and it would be very inappropriate for me on a microphone to discuss the risk associated with those plans, relative to anything with respect to Taiwan or anywhere else in the Pacific.”

Asked directly if he would support sending American troops to Taiwan, Milley replied, “I will render my advice at the moment in time to the president – and the secretary of defense.”

“China expresses strong dissatisfaction and firm opposition to the remarks by the U.S. side,” said spokesman Wang Wenbin.

China would not compromise on questions of “sovereignty and territorial integrity” and would “take firm actions to safeguard its sovereignty and security interests,” he said. “We mean what we say.”

Biden’s comments made waves because he appeared to departing from a longstanding policy of “strategic ambiguity” concerning Taiwan.

While the White House statement afterwards underlined the U.S. commitment under the Taiwan Relations Act “to provide Taiwan with the military means to defend itself,” the question Biden was answering implicitly related to the deployment of U.S. troops, something Biden has firmly ruled out in helping Ukraine defend itself against Russia.

Asked on Tuesday if the policy of strategic ambiguity regarding Taiwan was dead, Biden said “no.” Asked if he could explain, he said, again, “no.”

Then asked once more if he would send troops to Taiwan if China invaded, Biden said, “The policy has not changed at all. I stated that when I made my statement yesterday.”

It was not the first time the White House has issued statements restating U.S. policy after Biden has spoken about Taiwan.

Last August Biden suggested in an interview that U.S. defense commitments to NATO allies and treaty allies in Asia apply to Taiwan as well.

“We made a sacred commitment to Article 5 [of NATO’s North Atlantic Treaty] that if in fact anyone were to invade or take action against our NATO allies, we would respond,” he said. “Same with Japan, same with South Korea, same with – Taiwan.”

A senior administration official said afterwards that U.S. “policy with regard to Taiwan has not changed.”

During a CNN townhall two months later Biden was asked, “Are you saying that the United States would come to Taiwan’s defense if China attacked?” He replied, “Yes. Yes, we have a commitment to do that.”

“The president was not announcing any change in our policy nor has he made a decision to change our policy,” then-White House press secretary Jen Psaki said the following day.

In November, Biden, while speaking to reporters in New Hampshire, called Taiwan “independent” – before himself walking back the remark.

Later the same day, a reporter asked the president to clarify U.S. policy, “because you said today ‘independence,’ and in the past you said –"

“No, no,” Biden interrupted. “I said that they have to decide – ‘they’ – Taiwan. Not us. And we are not encouraging independence. We’re encouraging that they do exactly what the Taiwan [Relations] Act requires, and that’s what we’re doing. Let them make up their mind.”