Elon Musk Responds to Putin Ally’s Warning: ‘If I Die Under Mysterious Circumstances...’ 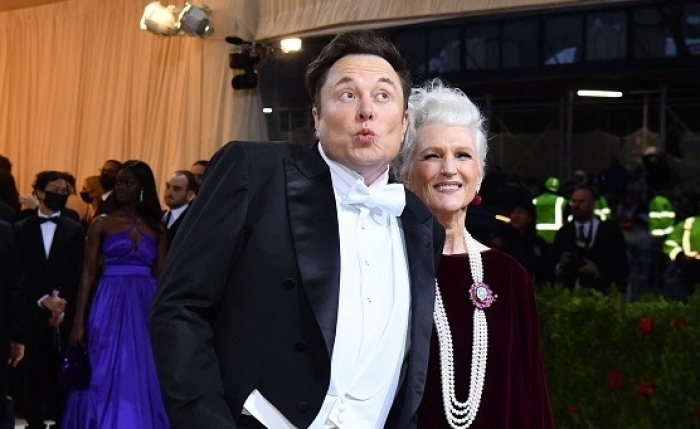 SpaceX CEO Elon Musk and his mother, Maye Musk, at the 2022 Met Gala at the Metropolitan Museum of Art on May 2, 2022. (Photo by Angela Weiss/AFP via Getty Images)

(CNSNews.com) – A close ally of Russian President Vladimir Putin in a social media post Sunday accused Elon Musk of supplying Starlink Internet terminals to the Ukrainian military and warned the billionaire entrepreneur he would be held accountable.

The ominous Telegram message from Dmitry Rogozin, head of Russia’s Roscosmos space agency, prompted Musk – the CEO of SpaceX and Tesla, and Twitter’s new owner – to tweet to his 91.5 million followers, “If I die under mysterious circumstances, it’s been nice knowin’ ya.”

“That’s not funny,” interjected Musk’s mother, Maye, to which Musk replied, “Sorry! I will do my best to stay alive.”

The involvement in Ukraine has not been secret. Starlink terminals sent to the country earlier this year enable Ukrainians to access the Internet, bypassing connections that have been disrupted by the Russian invasion.

Moreover, USAID said last month it had provided 5,000 Starlink terminals to the Ukrainian government, to “allow public officials and critical citizen service providers to continue to communicate within Ukraine and with the outside world, even if Putin’s brutal aggression severs Ukraine’s fiber optic or cellular communication infrastructure connections.”

But Rogozin in his Russian-language Telegram post accused Musk of having provided terminals to Ukrainian military forces, including the Azov Battalion which the Kremlin characterizes as a neo-Nazi entity.

Citing testimony supposedly obtained from a captured Ukrainian Marine colonel, Rogozin claimed that the Pentagon had delivered the Starlink terminals to the Ukrainian armed forces and that they were distributed to troops, including “Nazi” Azov fighters, in the city of Mariupol.

“Elon Musk is thus involved in supplying the fascist forces in Ukraine with military communications,” Rogozin said. “For that, Elon, you will be held accountable, no matter how hard you play the fool.” (The post included a video clip showing Musk fooling around for photographers with his mother at the Met Gala in New York last week.)

Rogozin is a former ambassador to NATO and a former deputy prime minister responsible for the defense and space industry. Putin in 2018 placed him at the helm of Roscosmos. 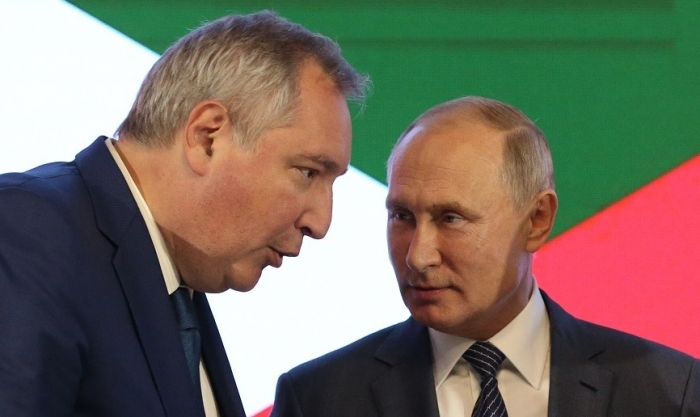 He was one of the first seven Russians – all close to Putin – to be sanctioned by the U.S. in 2014 over the Kremlin’s annexation of Crimea. President Obama described them as having been “responsible for undermining the sovereignty, territorial integrity and government of Ukraine.”

Rogozin and Musk have crossed paths online before.

Shortly after those sanctions were announced, Rogozin signaled that the future of Russian-U.S. space cooperation was in jeopardy. (Russian spacecraft had been ferrying U.S. astronauts to the International Space Station since NASA retired the Space Shuttle program.)

“After analyzing the sanctions against our space industry, I suggest to the USA to bring their astronauts to the International Space Station using a trampoline,’ Rogozin tweeted at the time.

The U.S. then granted contracts to SpaceX (and Boeing) to develop alternative ways to ferry NASA astronauts to the ISS. In May 2020, SpaceX’s Crew Dragon capsule successfully launched two astronauts into orbit.

At a post-flight press conference with then-NASA administrator Jim Bridenstine, Musk said, “The trampoline is working,” and after both men laughed, he added, “It’s an inside joke.”

The response came not from the Kremlin but from Rogozin, who tweeted – apparently paraphrasing from a fairy tale by Alexander Pushkin – “You, little devil, are still young. Compete with me weakling. It would only be a waste of time.”