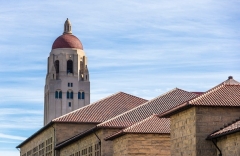 (CNSNews.com) – Some of America’s most prestigious universities are failing to meet statutory obligations to disclose billions of dollars in funding from foreign sources – including some in countries hostile to the United States, such as Russia and China – according to the Department of Education.

And the funding often comes with an agenda, according to an investigation by the department’s Office of the General Counsel. It notes that a large donation to Georgetown University by Saudi billionaire Alwaleed bin Talal “empowered the Saudi Arabian government to advance a particular narrative about Islamic society to the West via a legitimate Western institution like Georgetown.”

The Department of Education report said Stanford University had reported $64 million in donations from China since 2010 – but without revealing specific donors’ identities.

In a letter to the university requesting information, the department expressed concern that Stanford may be under-reporting Chinese funding.

“Given Stanford’s extensive Chinese business activities and the CCP’s systemic efforts to influence university curricula and to access research and intellectual property from American universities, the Department is also concerned that Stanford may have under reported donations from and contracts with Chinese nationals, Chinese corporations, and the Chinese government,” it said.

Since 1986, U.S. universities have been required under the Higher Education Act to disclose gifts and contracts from foreign sources valued at $250,000 or more. But the department’s compliance investigation into 12 institutions – the other ten are Harvard, Yale, Cornell, Texas A&M, Rutgers, University of Maryland, Massachusetts Institute of Technology, University of Texas, Case Western Reserve, and Fordham – found massive non-conpliance over decades. Some of the investigations are ongoing.

Since the federal investigations began in June last year – prompted by a bipartisan congressional report focusing on Confucius Institutes – the 12 institutions disclosed a combined $6.5 billion in foreign funding that they had not previously reported.

“The threat of improper foreign influence in higher education is real,” Education Secretary Betsy DeVos said in releasing the report on Tuesday.

“Our action today ensures that America’s students, educators, and taxpayers can follow the money,” she said. “Transparency in foreign funding of higher education is not just something I think is a good thing; it’s the law. For too long, enforcement of that law was lax, but not anymore.”

“If we want to protect the integrity of American education, we must require greater transparency and accountability of foreign money in our colleges and universities,” she said. “For too long, adversarial foreign actors, including China, have utilized whatever means at their disposal to influence American higher education with little to no repercussions.”

Foxx said the issue was not a partisan one; “This very real threat impacts all Americans.”

Confucius Institutes are purportedly meant to promote better understanding of Chinese language and culture. But the Department of Education says they “actively facilitate one of the world’s most repressive, authoritarian regime’s insidious efforts to bolster its influence and image at classically liberal universities.”

The report’s release comes less than a week after DeVos and Secretary of State Mike Pompeo wrote to the presidents of universities encouraging them to investigate Confucius Institute activities on their campuses, and to “take appropriate action” if they find that their presence “aims to constrain academic discourse about the [People’s Republic of China]’s actions.”

Pompeo in a subsequent interview made clear what “appropriate action” the administration has in mind.

“We’re asking every school to shut down their Confucius Institute by the end of the year,” he told a Florida radio station. “These are propaganda organizations underwritten by the Chinese Communist Party and they ought not be inside of American institutions.”

The institutes, he told a briefing, “have made immense contributions to promoting people-to-people and cultural exchanges between China and the United States.”

“If the United States refuses to do so, the Chinese side reserves further rights to react,” he added, without elaborating.