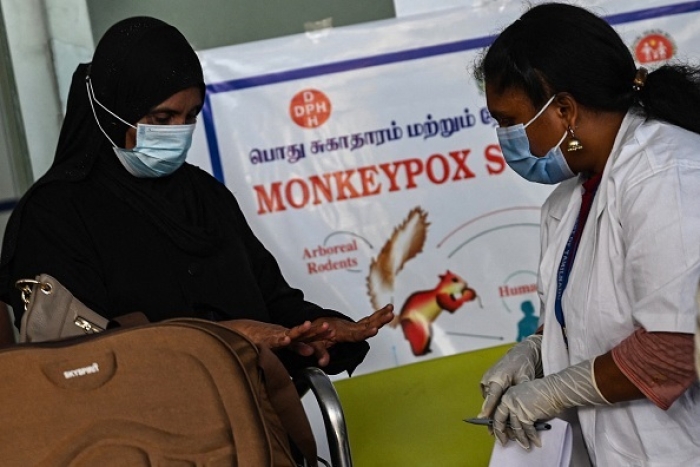 (CNSNews.com) – In a bid to avoid “stigmatization,” the World Health Organization plans to rename the virus long known as “monkeypox,” which was first reported in Africa decades ago but has emerged in dozens of countries outside the continent this year.

The planned change comes as the U.N. health agency prepares to convene experts to decide whether the outbreak constitutes a “public health emergency of international concern” (PHEIC).

International health regulations call for a PHEIC to be declared when “an extraordinary event” is determined to pose a public health risk through the international spread of disease; and “to potentially require a coordinated international response.”

WHO Director-General Tedros Adhanom Ghebreyesus told a briefing on Wednesday that the organization was “working with partners and experts from around the world on changing the name of monkeypox virus, its clades [descendants of one common ancestor] and the disease it causes.”

“We will make announcements about the new names as soon as possible,” he said.

Last week a group of mostly Africa-based scientists called for a name change, saying associating the viral disease with Africa was wrong.

“In the context of the current global outbreak, continued reference to, and nomenclature of this virus being African is not only inaccurate but is also discriminatory and stigmatizing,” they wrote.

“The most obvious manifestation of this is the use of photos of African patients to depict the pox lesions in mainstream media in the global north.” 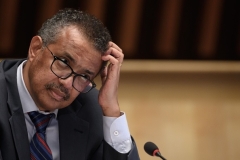 Tedros said Wednesday more than 1,600 confirmed cases of monkeypox and another 1,500 suspected cases have been confirmed in 39 countries.

Seven of those countries were in Africa where the virus has been detected for years. The others, which include many in Europe as well as the United States (with more than 80 cases), Canada, and Australia, are “newly-affected” – countries where monkeypox is not usual or has not previously been reported.

According to WHO, the disease acquired its name because it was first identified in colonies of monkeys kept for research in 1958. It was first detected in humans in 1970.

Many reports refer to monkeypox as being “endemic” in Africa, but the group of scientists calling for a new name said that nearly all outbreaks in Africa in the past had been the result of spillover from animals to humans, not human-to-human transmissions as in the current outbreak.

‘Men who have sex with men’

While the scientists focused in their article on the associations with Africa, the WHO has also raised concerned about another “stigmatization” concerns, arising from the fact that most of the cases reported in the “newly-affected” countries are in “men who have sex with men.”

“We have seen messages stigmatizing certain groups of people around this outbreak of monkeypox,” WHO says on its website. “We want to make it very clear that this is not right.”

The CDC confirms that “early data suggest that gay, bisexual, and other men who have sex with men make up a high number of cases.”

“However, anyone who has been in close contact with someone who has monkeypox is at risk,” it says.

The CDC describes monkeypox as a rare disease with symptoms similar to those of smallpox, but milder, and rarely fatal.

Symptoms are mostly flu-like, but also include a rash that can look like pimples or blisters – on the face, inside the mouth, and elsewhere on the body.

The U.S. government has two stockpiled vaccines that can prevent monkeypox in people exposed to the virus. The CDC does not now recommend widespread vaccination against monkeypox, but says it may be recommended for those who are close personal contacts of infected people, or may have been exposed or be at heightened risk of being exposed to it, such as lab workers.

WHO’s plan to rename the monkeypox virus to avoid offense recalls its stance on the naming of the coronavirus that first emerged in the Chinese city of Wuhan in late 2019 before spreading across the globe and causing the once-in-a-century pandemic.

Although diseases have historically often been named after geographical locations where they were first detected or identified, criticism that China and Chinese people were being unfairly associated with the new virus prompted WHO to call for “locations or ethnicity” not be attached to it.

(Beijing condemned Trump administration officials for referring to the “Wuhan virus,” although Chinese state media outlets themselves used terms including “Wuhan virus” and “Wuhan pneumonia” in the early days of the outbreak, before later scrubbing them.)

The name WHO then came up with for the disease caused by the virus, COVID-19, was derived from corona (co), virus (vi), disease (d), with the suffix 19 because it was first detected in 2019.

Later, amid concerns that new variants were being labeled after the countries where they were first detected, the WHO announced in mid-2021 that it would name new variants after Greek letters, again to avoid “stigmatization.”