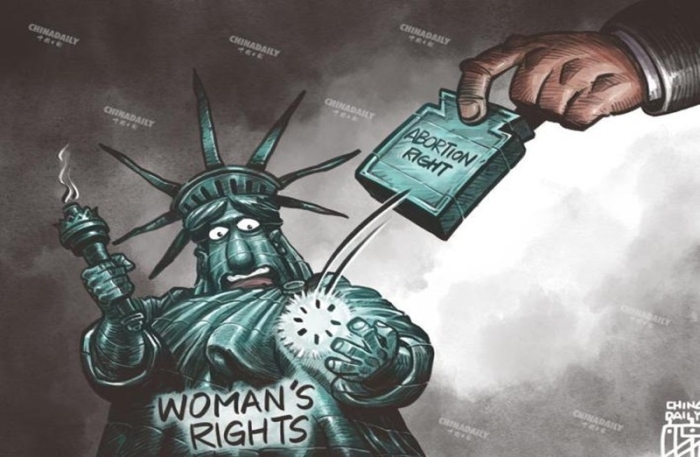 (CNSNews.com) – In response to a question about the U.S. Supreme Court ruling overturning Roe v. Wade, a Chinese foreign ministry spokesman on Thursday accused the United States of wide-ranging violations of women’s rights.

“Gender-based discrimination against women is undeniably a human rights malaise that has long existed in the U.S.,” Zhao Lijian told a briefing.

He then recited a litany of claims relating to the status of women in the U.S., referring to uneven pay rates, unemployment, issues of parental leave, domestic violence, maternal mortality, gender-based discrimination, and sexual harassment in the workplace.

“The conditions of women’s rights in the U.S. indicates that the country is in no position to claim itself as a ‘human rights defender,’” Zhao concluded. “Before moralizing other countries, the U.S. should first take concrete and effective measures to respect and protect American women’s basic human rights and legitimate rights and interests.”

Zhao did not actually include in his list of criticisms any reference to abortion.

Abortion is readily available in China, which has an annual abortion rate of 49 per 1,000 women of reproductive age (15-49 years of age).

Abortion featured prominently in the Chinese Communist Party’s coercive population-limitation policies for decades, as government officials forced women who had violated the “one child” rule to abort their unborn babies.

With most couples only allowed one child, cultural preferences and economic worries also led to millions of sex-selective abortions of unwanted baby girls, resulting in a severely-skewed gender balance. (By 2005, there were 32 million more boys than girls in China.)

In addition to forced abortion and forced sterilization, the policy’s enforcement entailed other rights abuses, including prohibitive fines, loss of employment, and other punishments for those accused of violating the regulations.

Every Republican president in the U.S. since Ronald Reagan responded to China’s policies by defunding the U.N. Population Fund (UNFPA) over its links to the coercive program. They did so on the basis of a 1985 legislative amendment that prohibited federal funding for any agency that “supports or participates in the management of a program of coercive abortion or involuntary sterilization.”

UNFPA has long denied that its work in China support coercive policies. Every Democratic president since Reagan restored the funding, most recently in January last year. 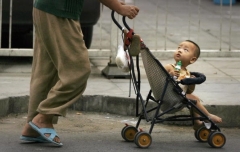 A toddler on a street in Beijing. China’s coercive birth-limitation policies, relaxed in recent years, and a preference for boys resulted in millions of sex-selective abortions of baby girls. (Photo by Peter Parks/AFP via Getty Images)

First launched in 1980, the notorious “one-child policy” has been eased in stages since 2013, largely in response to Beijing’s alarm about an increasingly aging population and distorted male/female ratio.

In recent years, evidence has emerged of forced sterilization by government officials of Uyghur and other Muslim minority women in China’s far-western Xinjiang region.

The claims, on top of reports of the incarceration of more than a million Uyghurs and other abuses including forced labor, prompted the U.S. government to determine that China’s policies in Xinjiang amount to crimes against humanity and genocide.

In general, China’s record on the treatment of women does not compare favorably with that of the United States.

In the World Economic Forum’s latest “Global Gender Gap” report, China is ranked 107th out of 156 countries assessed, while the U.S. is in 30th place.

The annual report examines how women fare in four areas: