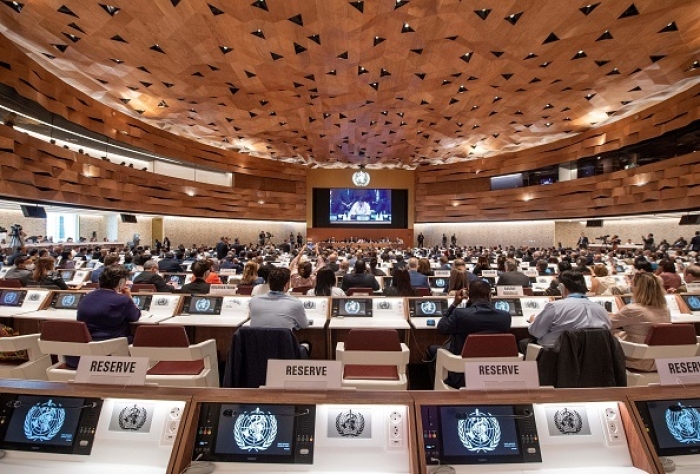 (CNSNews.com) – For the sixth consecutive year, Taiwan will not be represented at the annual World Health Assembly, after a committee recommended against including on the agenda a request for it to be allowed to take part as an observer.

The president of the WHA – the World Health Organization’s primary decision-making body – Ahmed Robleh Abdilleh of Djibouti, confirmed Monday that Taiwan would be excluded.

He said a recommendation to that effect had been taken by the WHA’s “general committee” on Sunday night.

Members of that committee, who were elected on Sunday’s opening day of the week-long assembly in Geneva, include China and a number of countries with close economic links to China, among them Angola, Benin, Cameroon, Congo, Cuba, Saudi Arabia, Somalia, and Turkey.

Chinese foreign ministry spokesman Wang Wenbin said on Monday that nearly 90 countries had sent letters to the WHO ahead of the meeting, expressing their opposition to Taiwan’s participation and “their commitment to the one-China principle.”

The Chinese Communist Party (CCP) claims Taiwan, a thriving, self-governing democracy of 23 million people, as part of “one China” whose future reincorporation is inevitable.

The snub comes less than a week after the Biden administration called directly for Taiwan to be invited to the WHA as an observer.

“There is no reasonable justification to exclude its participation, which will benefit the world,” Secretary of State Antony Blinken said last Wednesday. “As we continue to fight COVID-19 and other emerging health threats, Taiwan’s isolation from the preeminent global health forum is unwarranted and undermines inclusive global public health cooperation.”

The U.S. representative at the WHA, Department of Health and Human Services assistant secretary for global affairs Loyce Pace, said in her statement to the meeting that the U.S. “deeply regrets” the decision to exclude Taiwan.

Earlier this month President Biden signed into law a bill – which had won unanimous approval in the Senate and House – directing “the secretary of state to develop a strategy to regain observer status for Taiwan in the World Health Organization.”

U.S. taxpayers account for 22 percent in “assessed contributions” for the WHO’s annual budget. China is in second place, providing just over 12 percent.

WHO director-general Tedros Adhanom Ghebreyesus could have invited Taiwan, as predecessors have done on occasion. But he chose again this year to defer the matter to the member-states.

In past years Taiwan was only allowed to take part – and then only as an observer under the name “Chinese Taipei” – when China approved. From 1997, the first year that Taiwan sought observer status at the WHA, until 2008, Beijing said no.

Between 2006 and 2016, China permitted Taiwan to take part, a decision linked to a government in Taipei which the CCP viewed as less of a “separatist” threat. After the Democratic Progressive Party returned to power, Taiwan has since 2017 been shut out again.

“China’s repeated use of politics to override the public interest of global health security and harm the health and human rights of the Taiwanese people is unacceptable,” Taiwan’s foreign ministry said in a statement, voicing “deep regret and dissatisfaction” over the decision.

Chinese foreign ministry spokesman Wang said at a press briefing the annual attempt by Taiwan’s allies to have it included at the WHA “goes against the trend of history and is egregious in nature.”

“We also urge certain countries to stop politicizing the health issue and stop interfering in China’s internal affairs by exploiting Taiwan-related issues,” he said. “Otherwise, they are doomed to fail just like a man who lifts a rock only to drop it on his own feet.”

Taiwan rejects Beijing’s claim that it ensures the health and wellbeing of “our compatriots in the Taiwan region.” Although Taiwanese officials have been allowed to take part in some WHO technical meetings during the year, the island’s government says its ability over many years to respond to health crises – most recently the coronavirus pandemic – has been compromised.

In 2020 President Trump set into motion a process of withdrawing the U.S. from the WHO, an organization that he described as “China-centric.” Biden reversed the move quickly after taking office.