Biden on Putin: ‘Oh, I Think He Is a War Criminal’ 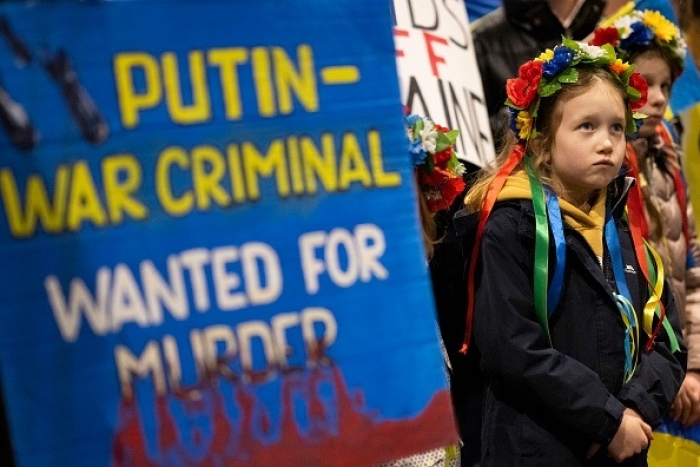 (CNSNews.com) – The Kremlin on Wednesday denounced as “unforgivable and unacceptable” President Biden’s comment that he regards Russian President Vladimir Putin as a “war criminal.”

“We consider unacceptable and unforgivable such rhetoric of the head of state whose bombs killed hundreds of thousands of people around the world,” the TASS state news agency quoted Kremlin spokesman Dmitry Peskov as saying.

The incident occurred after a reporter called out to Biden as he passed, “Mr. President, after everything we’ve seen, are you ready to call Putin a war criminal?”

Biden replied “no,” but then returned moments later. “Did you ask me whether I would call –?”

“Oh, I think he is a war criminal,” Biden said, then walked off.

White House Press Secretary Jen Psaki said later Biden had been “speaking from his heart and speaking from what he’s seen on television, which is barbaric actions by a brutal dictator, through his invasion of a foreign country.”

Asked what had changed for Biden to make the comment now, Psaki replied, “The president was answering a direct question that was asked, and responding to what he has seen on television.” 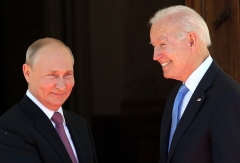 “We have all seen barbaric acts, horrific acts by a foreign dictator in a country that is threatening and taking the lives of civilians, impacting hospitals, women who are pregnant, journalists, others,” she said. “And I think he was answering a direct question.”

On Tuesday night, CNN’s Wolf Blitzer asked Secretary of State Antony Blinken why the administration has so far refused to call what the Russians are doing in Ukraine war crimes.

“We are documenting everything we’re seeing,” Blinken said. “We welcome the efforts that are being made, including investigations conducted by NGOs and institutions to look at this, to put everything together to determine whether the acts that Russia is engaged in would constitute a war crime.”

“We’re looking at whether there are deliberate attacks on civilians,” he continued. “There’s certainly very credible reports and evidence of that, but what we’re doing is putting it all together, documenting it, and the appropriate institutions will make that judgment.”

Biden’s remark came one year to the day after he replied in the affirmative when asked during an ABC News interview if he viewed Putin as “a killer,” – prompting to Putin retort, “It takes one to know one.”

In response to Biden’s remark, Russian Foreign Minister Sergei Lavrov recalled Ambassador to the U.S. Anatoly Antonov “for consultations” and Moscow suggested that the U.S. recall Ambassador John Sullivan. (Sullivan and Antonov returned to their respective postings a week after Biden and Putin met for a summit in Geneva.)

In their book “Peril,” Bob Woodward and Bob Costa wrote that Putin told Biden in an April phone conversation he was upset by the comment, and that Biden had told the Russian leader it had not been premeditated.