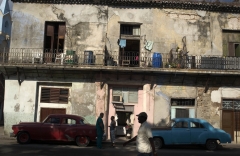 On Monday, Jan. 11, the U.S. State Department placed communist Cuba back on the list of state sponsors of terrorism, which also includes Iran, Syria, and North Korea. Cuba had been taken off the list by the Obama administration in 2015.

“The Cuban government has fed, housed, and provided medical care for murderers, bombmakers, and hijackers, while many Cubans go hungry, homeless, and without basic medicine,” said Secretary of State Mike Pompeo in a statement.

Cuba is harboring, for instance, American fugitive and murderer 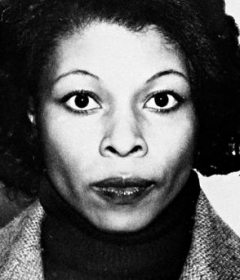 Convicted cop-killer JoAnne Deborah Byron, aka Joanne Chesimard, aka Assata Shakur, who is a fugitive from the USA in communist Cuba. (FBI File)

(aka Assata Olugbala Shakur), who killed a New Jersey state trooper in 1973 and fled to Cuba in 1979. She had been a member of the Black Liberation Army and is now one of the FBI's "Most Wanted Terrorists." There is a $2 million reward offered for information that leads to her capture.

"The Trump Administration has been focused from the start on denying the Castro regime the resources it uses to oppress its people at home, and countering its malign interference in Venezuela and the rest of the Western Hemisphere," said Pompeo.

"With this action, we will once again hold Cuba’s government accountable and send a clear message," he added, "the Castro regime must end its support for international terrorism and subversion of U.S. justice.”

A New Jersey State Police wanted poster from 2005. The reward is now up to $2 million. Joanne Chesimard is one of the FBI's Most Wanted Terrorists.

According to the State Department website, "countries determined by the Secretary of State to have repeatedly provided support for acts of international terrorism are designated pursuant to three laws: section 6(j) of the Export Administration Act, section 40 of the Arms Export Control Act, and section 620A of the Foreign Assistance Act.

"Taken together, the four main categories of sanctions resulting from designation under these authorities include restrictions on U.S. foreign assistance; a ban on defense exports and sales; certain controls over exports of dual use items; and miscellaneous financial and other restrictions.

"Designation under the above-referenced authorities also implicates other sanctions laws that penalize persons and countries engaging in certain trade with state sponsors."

Commenting on the re-designation of Cuba, Florida Sen. Rick Scott (R) said, “Cuba continues to oppress its people and those across Latin America by supporting narco-states run by dictators like Maduro."

Cuba has been under dictatorial communist control since Fidel Castro and his fellow Marxist revolutionaries took control in 1959. Over the years, the regime has killed an estimated 73,000 Cubans for political reasons.