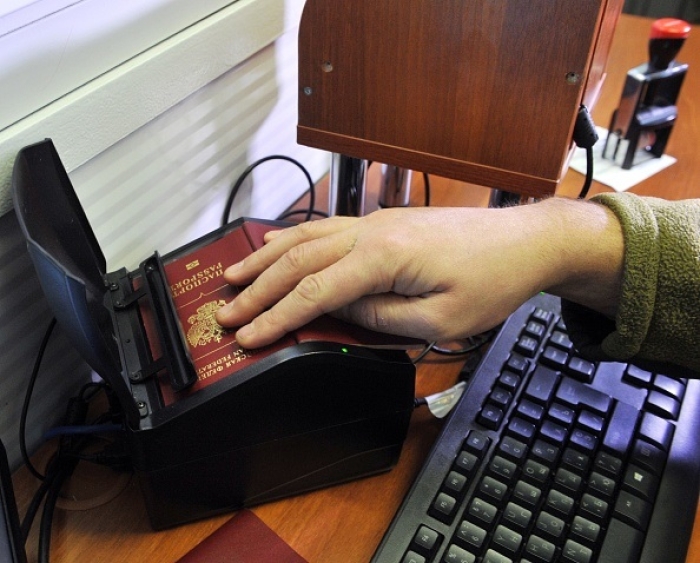 Berlin (CNSNews.com) – In the latest fallout over Russia’s invasion of Ukraine, leaders in Finland and Estonia are calling for a ban on all Russian visitors to Europe, a call senior officials in Moscow are likening to policies enacted by the Nazis.

The E.U. last February imposed a blanket ban on Russian aircraft in response to the invasion. Finland and Estonia both share borders with Russia, and Russians have reportedly been getting around the ban by entering them overland, and then flying out to other countries in the 26-nation visa-free Schengen zone.

Her call underlined an earlier one by her Finnish counterpart Sanna Marin, who said, “It’s not right that at the same time as Russia is waging an aggressive, brutal war of aggression in Europe, Russians can live a normal life, travel in Europe, be tourists.”

Marin told with Finnish news service YLE that she hoped E.U. countries would decide on the issue together, when interior ministers meet later this month.

Dmitry Medvedev, the former Russian president who is deputy head of Kremlin’s national security council, lashed out at the calls, which came after Ukrainian President Volodymyr Zelenskyy told Washington Post on Monday that “the most important sanctions are to close the borders because the Russians are taking away someone else’s land.”

“Following the Ukrainian carpet clown, the Estonian madame churned out more Nazi drivel targeting Russian citizens: ‘Visiting Europe is a privilege, not a human right,’ ” Medvedev wrote on Twitter. “It makes one want to remind her of another saying: ‘You being at large is not your merit, but our shortcoming.’”

(Medvedev was apparently alluding to Moscow’s relinquishing of the Baltic states when the Soviet Union disintegrated.)

Kremlin spokesman Dmitry Peskov said the calls from the Finnish and Estonian leaders “can only be viewed extremely negatively.”

“Any attempt to isolate Russians or Russia is a process that has no prospects,” he told reporters on Tuesday. “In their unfriendliness, many of these countries slip into forgetfulness, and they resort to statements that we heard from several European countries in the center of Europe 80 years ago,” he said, in another allusion to the Nazis.

After the E.U. barred air travel from Russia in February, the last remaining passenger rail link between St. Petersburg and the Helsinki stopped the following month. But Marin said Russians were entering the Schengen zone overland via countries that issue Schengen visas, such as Finland, Estonia and Latvia.

Once entering on a tourist visa, the Schengen zone allows people to move freely within 26 countries – 22 of the 27 E.U. members plus Iceland, Liechtenstein, Norway and Switzerland.

Latvia has already stopped issuing entry visas to Russian citizens, with effect from August 1, and Latvian Foreign Minister Edgars Rinkevics has called on all E.U. member states to follow its example.

Tourism is a major industry for Europe, accounting for half of the world’s tourist arrivals according to the U.N. World Tourism Organization. The debate comes at a time when the industry is working hard to recover following the COVID-19 pandemic.

According to data from the Russian Border Service, Russian citizens in 2019 – pre-pandemic – made a total of 48,072,285 trips to 176 foreign countries and territories.

“[A proposal] has been submitted by some countries to the E.U. and is thus on the agenda. The German government will now have to hold discussions on it between Cabinet members and within the E.U.,” cabinet spokesman Steffen Hebestreit said on Tuesday. “These discussions have not been completed, so I cannot report interim results.”

A spokeswoman for the Federal Foreign Office raised concerns, however, warning in an interview with the public affairs television program Tagesschau that suspending the issuing of visas to Russians would not only affect tourism, but also relatives of Russians living in the E.U. as well as students.

Interior Minister Lauri Läänemets said on Tuesday he was not in favor of introducing exemptions to visa restrictions on Russians, for students or anyone else.

“Estonia has said that the war in Ukraine must end and that all sanctions against citizens of the Russian state apply equally,” he said. “That includes those students who are in Estonia,” he added, but said students currently completing their studies in the country would not be affected.

“The question is what will happen to these students afterwards,” Läänemets said. “In the past, before the sanctions were imposed, they had the possibility to stay in Estonia if they wanted to work, to apply for a residence permit here. Today, they do not have that opportunity.”

Estonian Student Unions head Marcus Ehasoo said both Russian and Belarusian students who wanted to stay should be allowed to do so.

““It is important to recognize that it has been young people in both countries who have been trying to instigate the overthrow of the incumbent regimes and a turn of their countries towards democracy,” he told the Estonian news service ERR.

“We could therefore see Russian and Belarusian students studying in Estonia as an opportunity to contribute further [by allowing] young people to experience the difference between democratic and authoritarian regimes.”