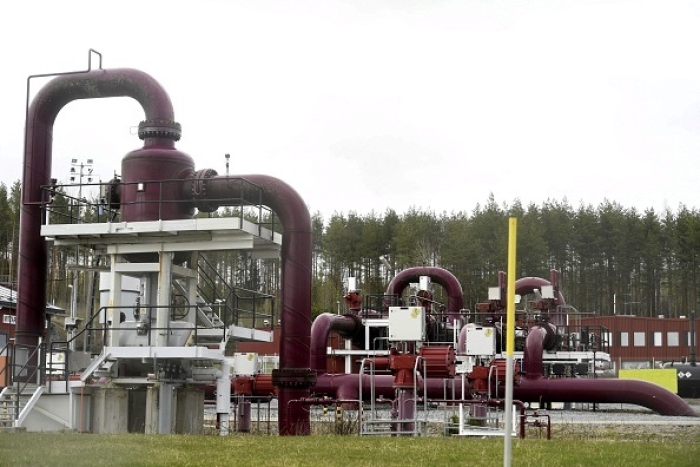 “Russia has demonstrated that it is an unreliable supplier of energy to Europe through unjustified and unacceptable actions such as cutting off electricity and natural gas to Finland, halting natural gas exports to Poland and Bulgaria, and threatening similar actions against other European nations,” the U.S. and E.U. Commission said in a joint statement on Tuesday.

Russia stopped gas deliveries to Finland on 21 May, Finnish energy company Gasum reported. In doing so Russia cited Gasum’s refusal to pay in rubles, although the move also coincided with applications by Finland and Sweden to join NATO.

It also signed a 10-year contract to lease a floating LNG import terminal from a U.S. provider, Texas-based Excelerate Energy, due to be operational before the end of the year.

In further reaction to Russia’s actions, Finland’s Green Party in a historic shift voted at the weekend to adopt a pro-nuclear energy stance, updating its party manifesto to declare that nuclear energy is “sustainable.”

(Nuclear power has significantly lower greenhouse gas emissions than fossil fuel sources, but many environmentalists oppose it anyway, mostly due to concerns about waste and safety.)

“Russia’s aggression against Ukraine has confirmed the accuracy of the Polish government’s determination to become completely independent from Russian gas,” she wrote on Twitter. “We always knew that Gazprom was not a reliable partner.”

Gazprom is Russia’s state-owned gas giant. The Yamal–Europe pipeline, which crosses Belarus to Poland en route to markets further west, is one of three main routes for Russian gas flowing to Europe.

Poland has already reduced its reliance on Russian gas in recent years. According to the latest International Energy Agency (IEA) report, Russia’s share of Poland’s gas imports fell from 90 percent in 2010 to 55 percent in 2020, the result of investments in LNG terminals and pipeline links to other E.U. countries, such as Norway.

Russia’s invasion of Ukraine has brought the issue of Europe’s energy reliance on Russia to the forefront, and E.U. member-states are working on ways to reduce and eventually end that dependency.

Some will find it easier than others. While Finland sources almost all of its natural gas from Russia, for example, natural gas only makes up around five percent of Finnish energy consumption.

Poland, Bulgaria, and Finland have refused to comply with Moscow’s demand to pay for gas via ruble accounts. On the other hand Italy, France, and Germany have allowed their energy companies to open accounts with Gazprombank, in line with the Kremlin’s demands. The Gazprom-affiliated bank facilitates Russian natural gas transactions.

The E.U. is continuing to push ahead with initiatives to reduce European dependence on Russian energy – under its so-called REpowerEU program – announcing a 21.4 billion euro ($16.9 billion) partnership agreement with the Czech Republic to replace fossil fuel sources with renewables.

Russian Foreign Minister Sergei Lavrov this week shrugged off pressure from Europe and the U.S., saying his country would focus on developing deeper ties with China.

“Now that the West has taken a ‘dictator’s position,’ our economic ties with China will grow even faster,” he told students at an elite Moscow high school on Monday.

“We will rely only on ourselves and on those countries that have proven their reliability and that do not dance to someone else’s tune,” Lavrov said. “If Western countries come to their senses and offer some form of cooperation, then we will decide” if Russia needs that or not.

An analysis of the European energy crisis by a group of lawyers from international law firm Debevoise & Plimpton said that, if the gas crisis triggers an “emergency” in any E.U. member-state, this could lead to a restriction of gas supplies to industry, affecting transportation, storage and manufacturing processes, among other things.

Under E.U. law, in response to any gas shortages, a member-states may prioritize households and essential social services, and restrict supplies to industries.