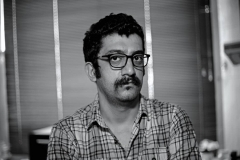 (CNSNews.com) – The seemingly innocuous acts of singing or dancing are enough to send an artist into lengthy incarceration in Iran. Despite having been jailed by the regime multiple times, however, 31-year-old Iranian musician Mehdi Rajabian is preparing to release yet another album of defiance this week.

“This music is my most important work right now because the message, philosophy and type of music [grapple] with the concept of different religions in one voice,” he said.

Entitled “Coup of Gods,” the album was nine months in the making, following his last arrest. Rajabian described it as a fusion of Eastern and Western sounds, tempering classical strings with melodic vocals.

Due to his imprisonment and ban – authorities forbade him from continuing to make music and placed him on probation – artists in Iran were reluctant to cooperate with him, compelling him to look further afield for collaborators, he said.

“After my last arrest, I completed my album via the Internet with an orchestra from Brazil, two singers from the United States, an innovative instrument from Turkey, a musician from India and musicians from the Middle East, and a violinist from Russia.”

On August 10, he was summoned by security police after giving an interview about his then-latest album “Middle Eastern.”

Featuring almost a hundred musicians from across the region, it amounted to a message that they were tired of repression, intimidation and endless wars engulfing the Middle East, he said.

A judge subsequently told Rajabian that the featuring of women in his musical endeavors “encouraged prostitution.” He was released on bail but warned it could be revoked at any time if he continued to make music.

But Rajabian says music is his life, and the only thing that makes existing in the oppressive country worthwhile.

And that was by no means his first tangle with the authorities.

Since 2013, Rajabian has been in and out of Tehran’s notorious Evin prison, along with his older brother Hossein, accused of “spreading corruption” over their involvement in the underground music scene.

Following a 2015 trial, which lasted just a few minutes, the pair were found guilty of “insulting the sacred,” ordered into solitary confinement for months before being put in cells with inmates ranging from Somali pirates to drug dealers and murderers.

Rajabian eventually embarked on a hunger strike which caught the attention of Amnesty International, while celebrities such as Johnny Depp, Peter Gabriel and Ai Weiwei, spoke out in support.

While the brothers had initially been sentenced to six years in jail, an appeals court halved the term.

Under the stringent penal code put into place after the 1979 revolution, singers and dancers can be prosecuted for acting “indecently” or “immorally.” Ayatollah Ruhollah Khomeini prohibited the airing of music on television and radio, saying it degraded the human mind and was “no different than opium.”

The release of Rajabian’s defiant latest album comes just a week after elections in which judiciary chief Ebrahim Raisi was “voted” Iran’s next president.

A close ally of supreme leader Ayatollah Ali Khamenei, Raisi is accused of human rights abuses and extrajudicial executions as he built a legal career culminating in his appointment as chief justice.

For now, Rajabian said he was living alone in the basement of an old house in his home province of Sari, dealing with the ostracization that comes with crossing the Tehran regime – in fear of that chilling knock at the door.

“I have to wait for the consequences,” he said. “I’m not just a banned artist. I have experienced years in prison, as well as solitary confinement and a hunger strike.”

“But I believe that man is silent when he is dead. We have time to be silent in the future. Shout while you are alive. The cemetery is a place of permanent silence. Still, the future of me – and this future album – is not known.”