Putin Pitches Weapons to Foreign Clients, Says They Are ‘Decades Ahead’ of Western Equivalents 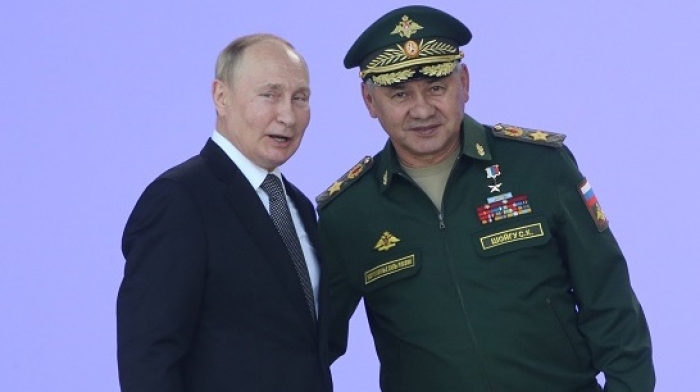 Moscow (CNSNews.com) – Russian weapons are in some cases “decades ahead” of their Western analogues, Russian President Vladimir Putin boasted during a sales pitch to foreign customers on Monday.

Addressing an audience of foreign military officials, Putin thanked Russia’s allies and partners in Latin America, Asia, and Africa for refusing to “bend” to Western sanctions against Moscow, imposed in response to the conflict in Ukraine.

He declared that Russia was prepared to sell its most advanced weapons systems to these countries.

“We are talking about high-precision weapons and robotics – about combat systems based on new physical principles,” he said. “Many of them are years – maybe even decades – ahead of their foreign counterparts, and in terms of tactical and technical characteristics they are significantly superior to them.”

Putin was speaking at the Army-2022 International Military-Technical forum, an annual weapons expo organized by the Russian Defense Ministry.

He also offered to expand other forms of military cooperation with allies, such as holding more intensive joint exercises and training more foreign officers at Russia military academies.

“Today, in the conditions of a steadily emerging multipolar world, this is especially important,” he said.

Since its launch in 2015, the annual expo has served as the premier event for the Russian defense industry, which has consistently ranked as the second biggest global arms exporter, after the United States.

The event has provided weapons developers with an opportunity to showcase their latest technological innovations and sign major contracts with foreign clients.

The conflict in Ukraine has thrown additional spotlight on this year’s forum. After the Kremlin sent its troops into the neighboring country in February, the U.S. and the European Union imposed sanctions that severely restricted the Russian military-industrial sector’s access to the global financial system, and targeted certain advanced technologies and key parts.

In early March, the State Department told lawmakers that the new sanctions regime was meant to undercut Russia’s ability to make new arms sales or provide maintenance to customers for existing systems, according to a report from Defense News.

Last month, the Philippines announced that it had canceled a $227 million deal to acquire 16 Mi-17 helicopters from Russia due to fears of potentially running afoul of U.S. sanctions.

Such concerns did not appear to deter the numerous foreign attendees at the Army 2022 forum, however.

According to the defense ministry, around 1,500 defense enterprises from 72 countries were scheduled to participate in the six-day event. Countries that sent delegations include China, India, Iran, Burma, Venezuela, Vietnam, and several of Russia’s longtime allies in the post-Soviet space.

Senior Russian defense industry officials sought to downplay the impact of Western sanctions on their international businesses prospects. Dmitry Shugaev, head of the Federal Service for Military-Technical Cooperation, told the TASS state news agency Russia had delivered weapons and military equipment to more than 30 countries in the first half of 2022.

Sergey Chezemov, the general director of Rostec State Corporation – one of Russia’s largest arms exporters – said his company had signed weapons contracts valued at more than one trillion rubles ($16 billion) so far this year.

“This figure exceeds some annual figures for the past ten years,” he said, adding that Rostec’s portfolio of orders currently stood at more than three trillion rubles ($49 billion).

There are broader questions about the Russian defense industry’s ability to adapt to technological restrictions imposed by the West, however. Many defense analysts have predicted that it will be difficult for the Russian military to find replacements for certain high-end electronic components, most notably semiconductors, that are still overwhelmingly made with technology developed by the U.S. and its allies.

Western officials and experts have predicted that this process will be further complicated by the fact that the Russian military sector will need to replenish losses from Ukraine.

Deputy Prime Minister Denis Manturov told state television on Monday that the country’s defense industry had enough key components in stock to last through the expected sanctions adaptation period. But he admitted that there was “certain tension” when it came to procuring some items.